8 Things you need to know about Chinese New Year 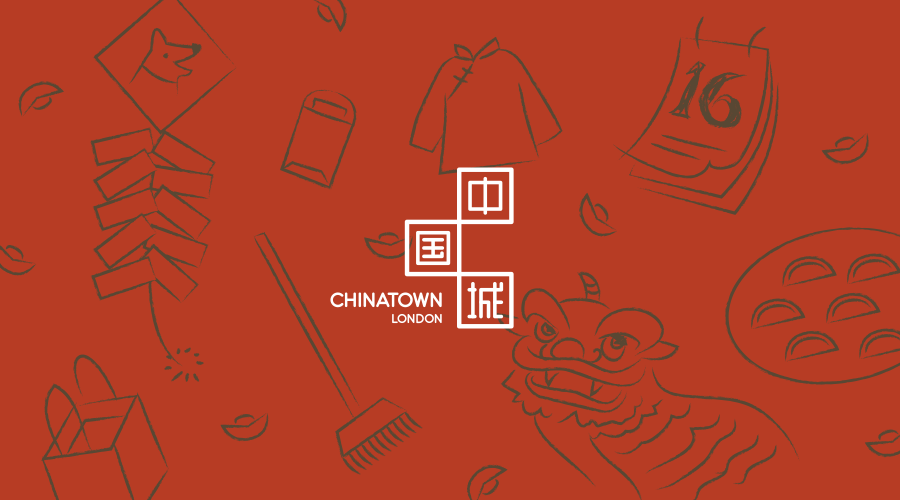 From symbolic traditions to tasty celebratory dishes, discover the compelling history and practices of the incredible Chinese New Year celebrations.

Eight things you need to know about Chinese New Year wrapped up in a shiny red envelope!

‘Xin Nian Kuai Le!’ Best of luck for the coming year! From fascinating superstitions and legends to symbolic dishes, Chinese New Year has an incredible array of unique and inspiring practices and traditions. Discover them all here with these 8 things you need to know about Chinese New Year.

WHAT IS CHINESE NEW YEAR?

Also known as Spring Festival, Chinese New Year heralds the arrival of the new Lunar Year and is the most important date on the Chinese calendar. Each year is represented by one of 12 animals, which feature as part of the Chinese Zodiac. In short, Chinese New Year is about two things: families and feasting. It’s a time of reunion that sees the largest annual mass migration of people travelling home to be with their loved ones. Over the course of Chinese New Year families prepare and enjoy long meals, honouring their ancestors and deities alike.

WHEN IS CHINESE NEW YEAR?

Unlike the Western New Year that begins on 1st January each year, Chinese New Year’s date is different each year due to it being based on lunar cycles. This year it falls on 16th February and welcomes the arrival of the Year of the Dog. Read our guide to the Chinese Zodiac here [INSERT LINK]. Based on the complex Lunar Calendar, Chinese New Year is held on the arrival of the first new moon between the 21st January and the 20th February.

HOW LONG IS CHINESE NEW YEAR?

Rather than just being one night long party, the lucky Chinese see a whopping 15 days of celebrations and 7 days’ public holiday.

WHAT ARE CHINESE NEW YEAR CUSTOMS?

An a mighty clean – Thoroughly cleansing the house in preparation for Chinese New Year isn’t just for making it nice for friends and family. Chinese families will carefully scrub their homes from top to bottom to sweep away the bad luck from the previous year.

THE LEGEND OF CHINESE NEW YEAR

The fabled legends of Chinese New Year vary from storyteller to storyteller. Whilst the exact origins have been lost deep in the mists of ancient Chinese history, all myths include an evil monster called Nian, also the Chinese word for ‘year’.

Each year, the anniversary of Nian’s vanquishing, was recognised as ‘guo nian’ or the ‘passing of the year’, and thus, Chinese New Year came into being.

WHAT IS EATEN AT CHINESE NEW YEAR?

Like almost every aspect of Chinese culture, there is great significance and symbolism with dishes and delicacies consumed at Chinese New Year. Feasting with your family is the order of the day and family members will travel from all over the world to return home to China to be around the dinner table with their relatives. Two billion journeys are made, in fact! Here’s a breakdown of different dishes eaten by region.

With its crescent-shape resembling a gold ingot, the jiaozi dumpling symbolises good fortune. Families often make them together, and sometimes a coin will be added to the stuffing. The lucky recipient that bites said coin is considered especially fortunate in the coming year. Although Jiaozi originated in the north China where wheat produce is abundant, now everywhere in China Jiaozi can be found on Chinese New Year’s tables.

These are a must-eat for families living in and around the Yangtze River Delta. When pronounced, the two words sound alike “promotion” and “wealth”. More importantly, bean sprouts are only available in Spring. So by serving them it’s a sign that Spring is in town!

A vast casserole served up in a giant dish, poon choi is a communal dish eaten with the whole family. Because of its gigantic size and the amount of food, it symbolises an abundant incoming year without hunger or worry.

Deliciously smoked and cured pork belly, la rou is popular in Southwest China where winter is humid and cold. In the past, little food can survive that period without going off, so la rou was conceived to last the long season. At Chinese New Year it’s served in thin slices, often fried with garlic shoots.

Noodles are a staple of all Chinese diets, but at Chinese New Year they get a little bit, well, longer! Longevity noodles are considered the key to a long and healthy life, particularly in Fujijan. It’s bad luck to break them so great care is taken when eating the noodles.

HOW TO CELEBRATE CHINESE NEW YEAR IN LONDON

You can be part of the action this Chinese New Year by joining the colourful celebrations in and around Chinatown London. The biggest Chinese New Year celebration outside of China, you can expect an electric carnival atmosphere with lively parades, martial arts displays, immersive family experiences and – of course – delicious street food galore! The celebrations kick off from 10am on Sunday 18th February, read our full guide to the day here.

Share this article
< Go Back To Chinese New Year 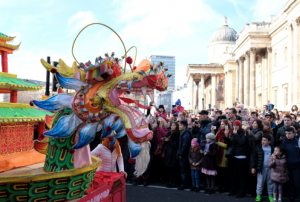 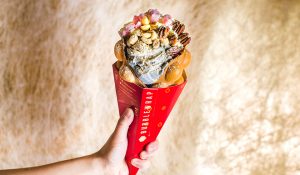 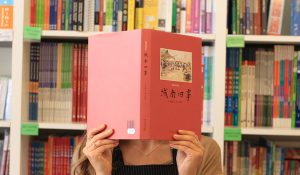