Learn how to play Mahjong 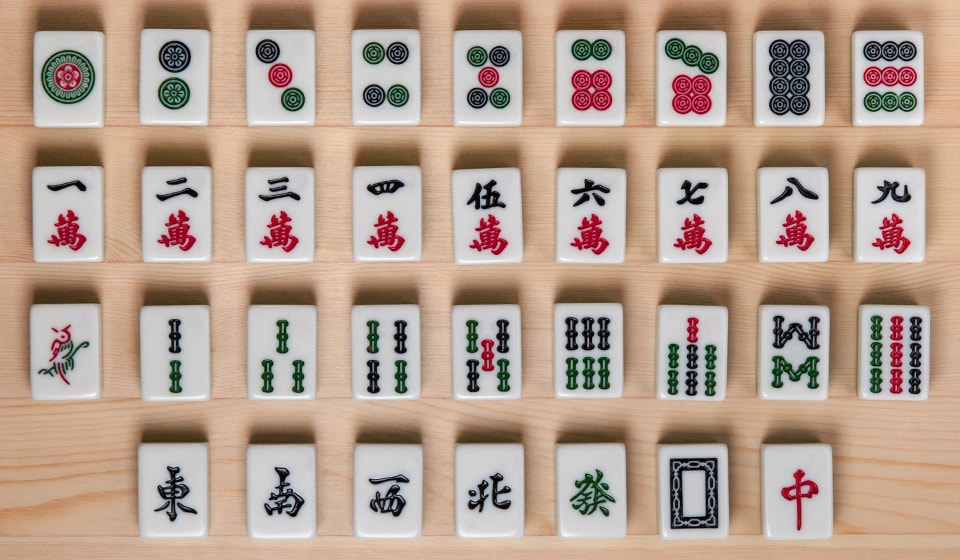 Fiendishly complex but fantastically fun, we give you the low-down on Mahjong, the classic Chinese board game.

This iconic board game hails from the Ming dynasty and is loved by the masses, with its popularity spreading worldwide over the last century. Mahjong is tightly interwoven with Chinese culture – families, friends, and folks of all ages gather each week to play a game. Part skill-based, part strategic, part chance, the game is social, ludicrously addictive and fun to play. So, without further ado, here’s how to play Mahjong… 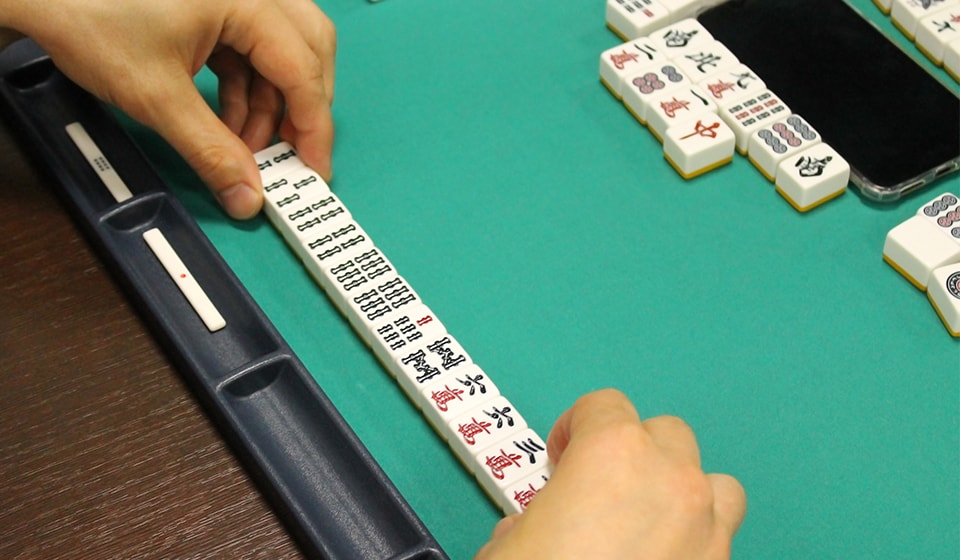 Like dominos, Mahjong is a tile-based game, and played with four players. Each game has 16 rounds and lasts about two hours. 136 tiles based on Chinese symbols are used in the game. They feature:

The groups of 36 tiles are each divided into four sets of numbers one to nine. Before playing, it’s crucial each player understands all the tiles and learns the sets. The four sets are Pung, Sheung, Ngan, and Kong.

– Pung: a set of three identical tiles from any set

– Sheung: a run of three tiles from a suit

Setting up a game

Ready to play? To start, all tiles are placed face down onto the board and shuffled. Players will roll the dice and whoever gets the highest score will be the game dealer. 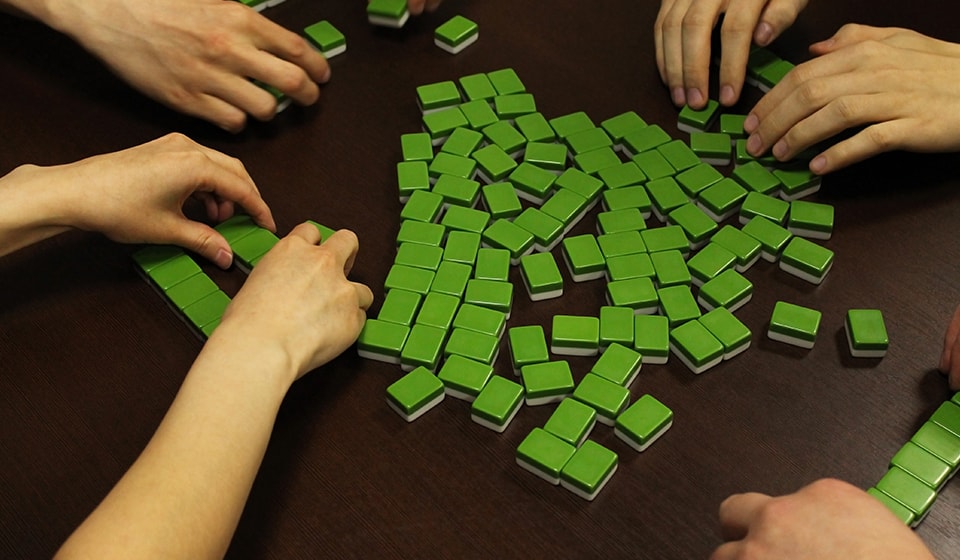 To determine where the players will sit, the dealer will shuffle the wind tiles and each player takes one and sits according to the one drawn – North – West – South – East.

Next, the tiles will be shuffled by North and South before each player takes 34 tiles and positions them in a wall, two tiles high and 17 tiles long, all face down. All four walls will be pushed together to symbolise the Great Wall of China.

The dealer will roll the dice and whatever the number is, they’ll count that many tiles from the right edge of the wall and begin dealing tiles from the left of that spot. They’ll issue 13 to each player. Each player can look at their tiles but they keep them hidden from the other players.

The dealer will begin by discarding a tile by placing it face up on the table inside the walls. After, the player to the right of the dealer will discard one themselves and pick one up, either from the upturned ones or from the wall.

The idea is that you pick up tiles that help you form your Pung, Sheung, Ngan, or Kong sets and get that all-important Mahjong hand!

This process continues between each player, going clockwise around the board, until all the tiles are used up or someone declares ‘Mahjong’. Once all the tiles have been played, the final score will be calculated and the winner announced. 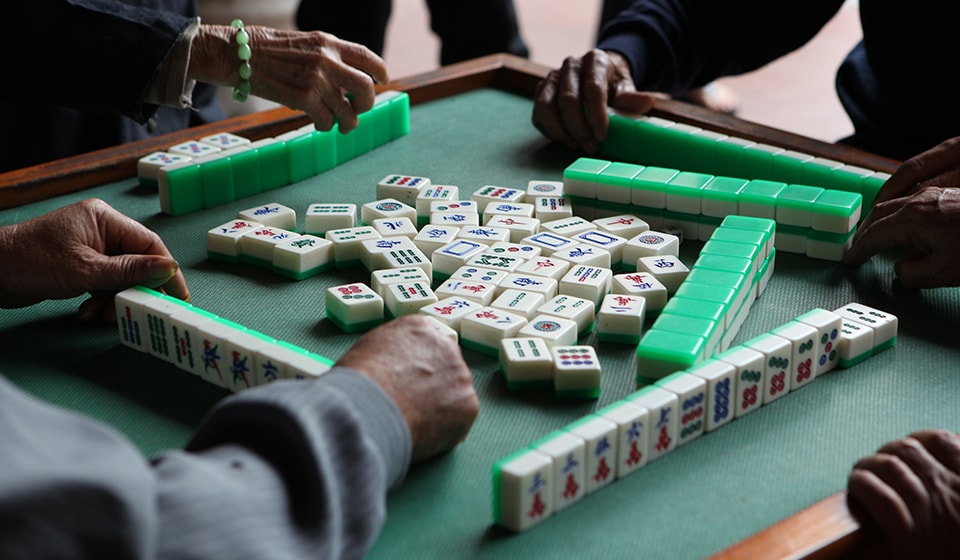 Did you know you can play Mahjong in Chinatown London? Ultra on-trend restaurant [XU] has two gorgeously-appointed Mahjong rooms that catapult you straight to 1930s Taipei. With wood panelled walls and hand-painted murals, they’re perfect for getting together with three friends for a good game.

Play for two hours at £5 per head, with no minimum spend, and indulge in thirst-quenching cocktails and their delicious Snack Menu, in-between playing your hand. For something heartier, XU serve up a decadent Feasting Menu as well. 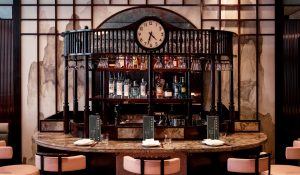 5 places to beat your hangover in Chinatown 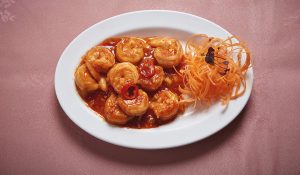 5 Things You Never Knew You Could Do in Chinatown London 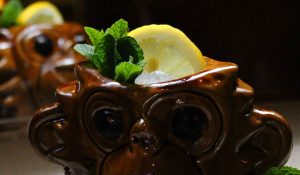