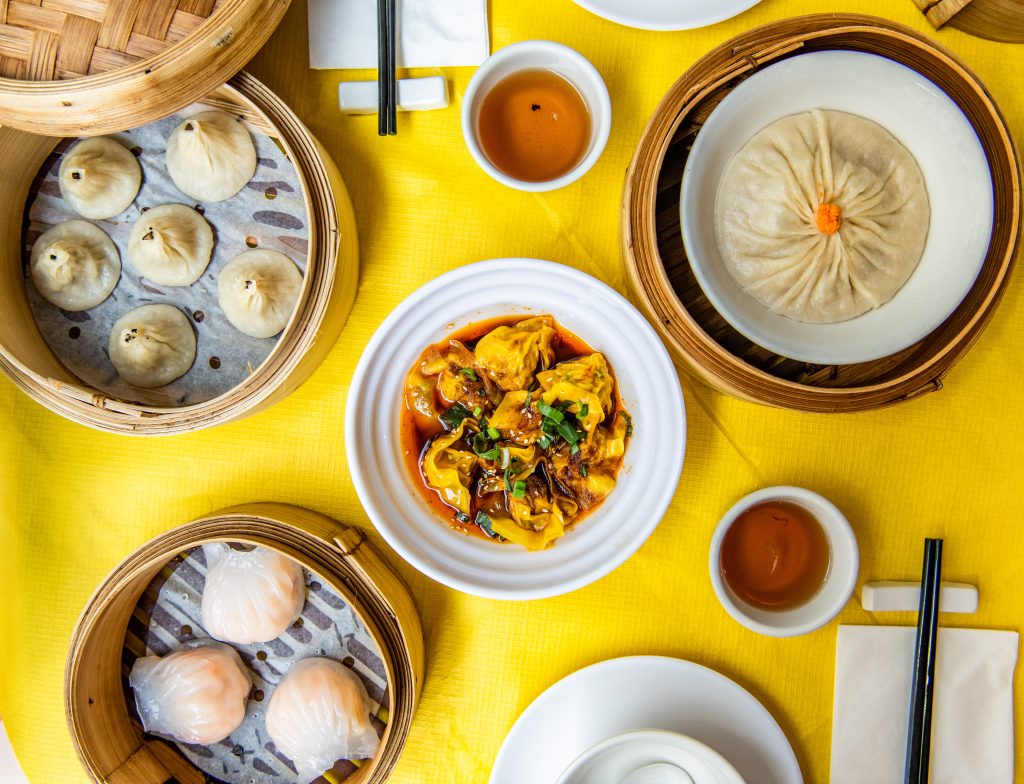 It’s National Dumpling Day on Thursday 26th September and we’re celebrating by giving away over 2000 dumplings!

It may be something you’ve eaten a hundred times over but do you know how the humble Chinese dumpling came into existence? According to legend, a man named Zhang Zhongjian invented Chinese stuffed dumplings around 1800 years ago during the Han Dynasty.

“Deep in winter, Zhang returned to the village of his ancestors where many neighbours were suffering from frostbite. To take away the cold, Zhang prepared a mutton meal, heated with chili and infused with healing herbs, wrapped up in scraps of dough. He folded the parcels to look like little ears, boiled them and handed them out to his hard suffering neighbours. After eating them, people felt warmth spreading through their bodies and recovered to full health.”

1800 years later and the dumpling is right at the heart of a variety of East Asian cuisines enjoyed by families, friends and dumpling lovers the world over.

Our 2000 Dumpling Day giveaway starts from 12 noon on Thursday 26th September. So, whether you’re a dumpling connoisseur, or just a little late to the dumpling party and curious, it’s time to get stuck in!

Head to Chinatown London and be prepared to eat your way around East Asia with your friends and family. On offer will be:

Chop chop! Last year all the dumplings were eaten in under 45mins!

Please note photography will be taking place on 26 September 2019 by CHINATOWN LONDON for the DUMPLING DAY GIVEAWAY.

The use of these images for future marketing purposes is in the legitimate interests of Shaftesbury PLC.

Please contact hassan@streetand.co if you have any questions or concerns or object to the use of your image.