5 things you need to know about zongzi 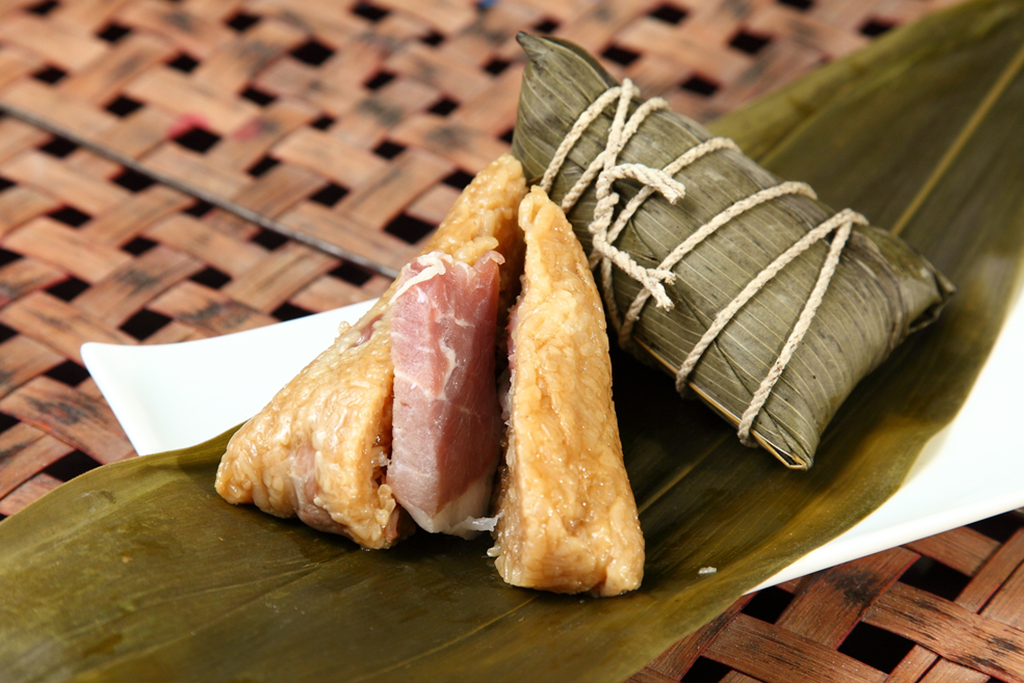 In honour of the annual Dragon Boat Festival, we unwrap these divine little rice packages to bring you zongzi fun facts.

Get in the zongzi zone.

Neat little pyramid parcels of sticky rice, encasing all sorts of wonderful fillings, wrapped in a bamboo leaf and tied up in a bow. Zongzi are a steamed Chinese delicacy and a treat you should place firmly on your foodie radar. Lovingly steamed with a fragrant, grassy aroma, these yummy eats are the signature dish of the annual Dragon Boat Festival taking place on 18 June 2018. From their compelling history to contentious controversy, we unearth five things you need to know about zongzi.

1) They honour a brave but ill-fated ancient poet 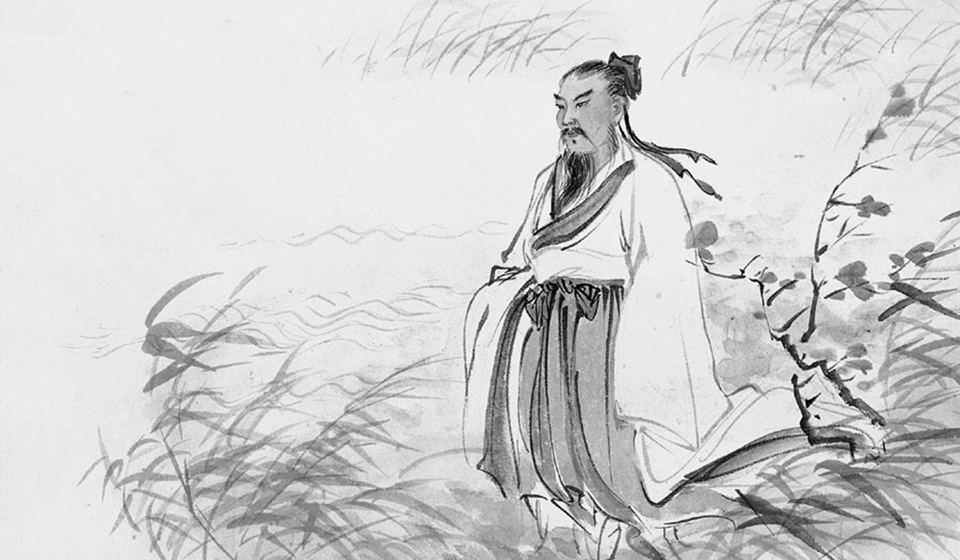 Like many iconic Chinese foods, zongzi have an ancient heritage and a super-cool backstory to boot. Legend has it, they were created to commemorate Qu Yuan, a famous poet who lived 2,300 years ago in the state of Chu. The fiercely patriotic poet tried to warn the king about their neighbouring state, Qin’s, plans to invade. Alas, he was unsuccessful and Qin took Chu’s capital, Yingdu. Distraught, Qu Yuan threw himself into the Miluo River and, to prevent fish from eating his body, locals threw parcels of rice into the water. Zing! The zongzi was born…

2) The official food of the Dragon Boat Festival 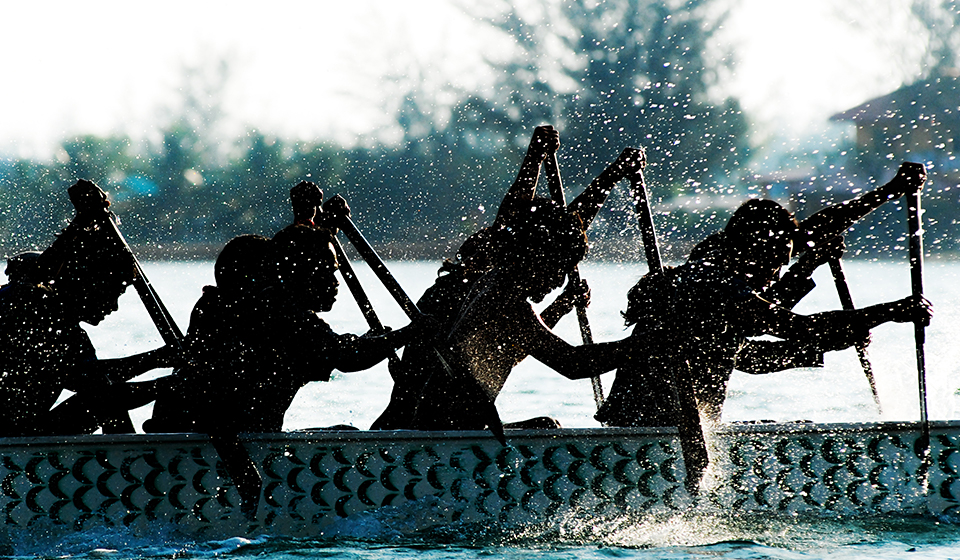 Each year on the on the fifth day of the fifth lunar month, the Dragon Boat Festival takes place in China. In Hong Kong, Hunan, and Hangzhou, people gather on colourful dragon boats to race along rivers. The origins of this boating spectacular also lie with the myth of Qu Yuan, when villagers paddled out in their vessels to try and save him. Zongzi are the Dragon Boat Festival’s official food and families unite to prepare them together on the eve of the festival before eating them for breakfast the next day.

3) The great sweet vs salty debate! 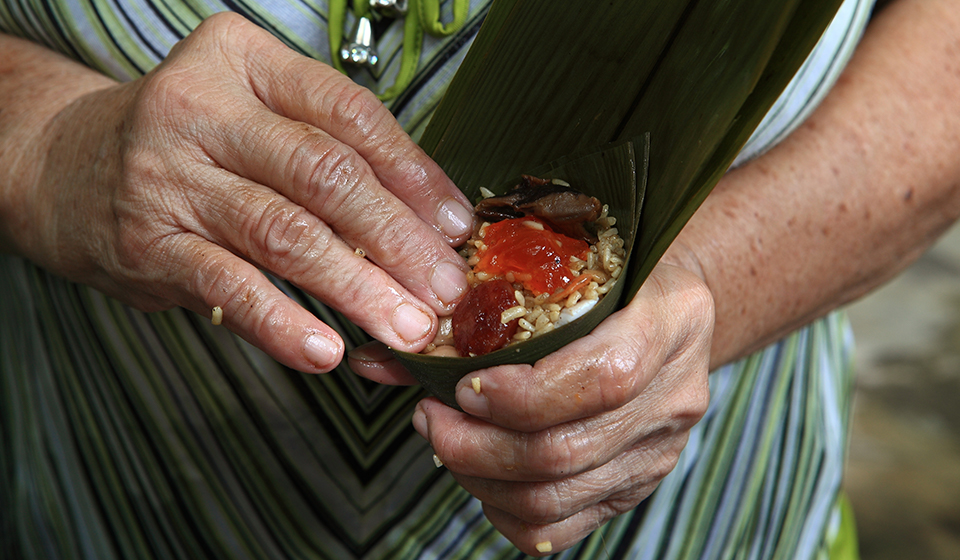 In China, zongzi are the source of a monumental North-South divide. What could be the cause of this geographical rift? Their fillings. Let the flavour wars commence! In Northern China, citizens love their zongzi with sweet fillings like jujubes, dried fruit, or dates, while the south are savoury through and through, preferring pork, salted duck eggs, or mushroom. So great are these flavour wars that Northern China declared victory when sweet zongzi were sent into space for astronauts of the Shenzhou-10 spacecraft.

4) They roll with the times 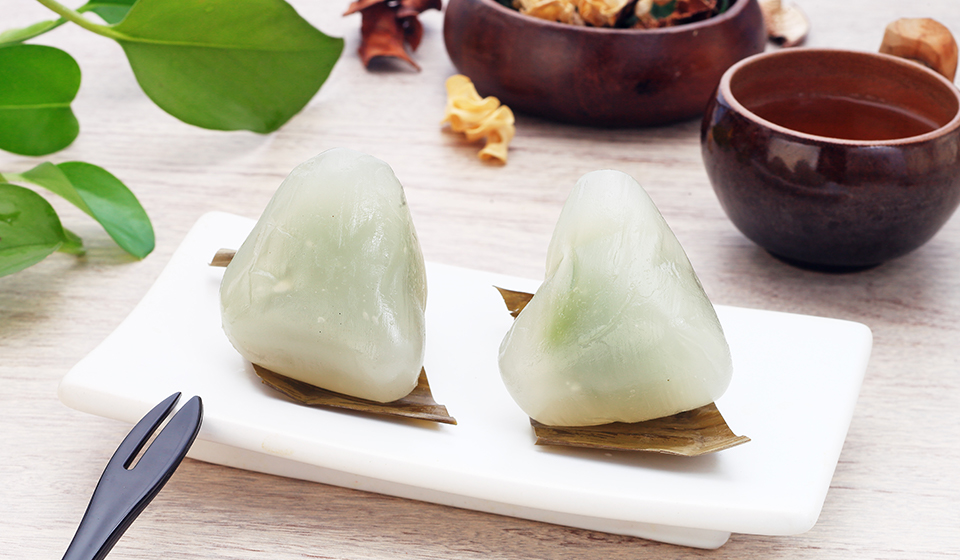 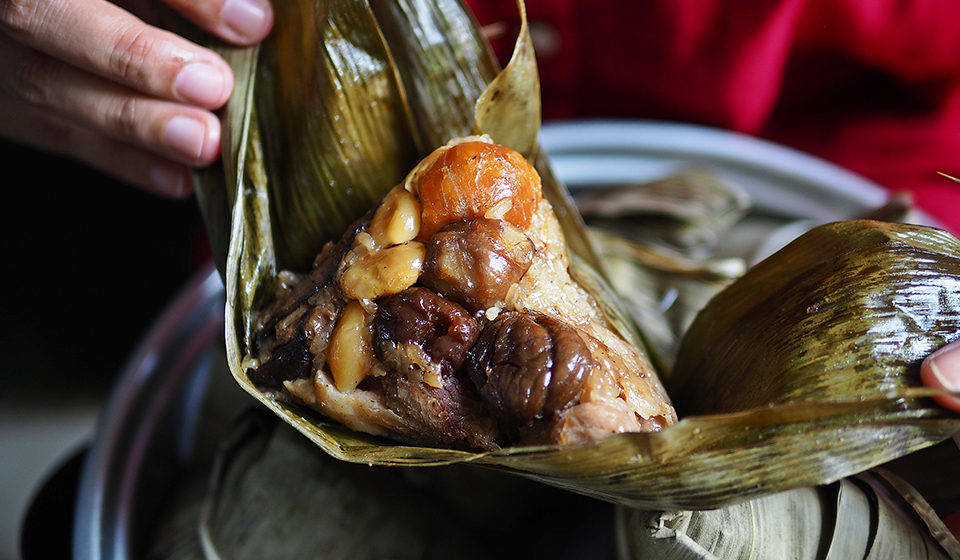 Mastering zongzi’s origami-esque construction requires years of practice and the nimblest of digits. Preparing these dishes is a skill that’s passed down through families, from grandparent to parent to child. Everyone digs in together to make zongzi and the communal aspect is part of the fun. Families will even have their own personal recipes too, handed down over the generations.