The Best Winter Warmer Soups to Seek out in Chinatown 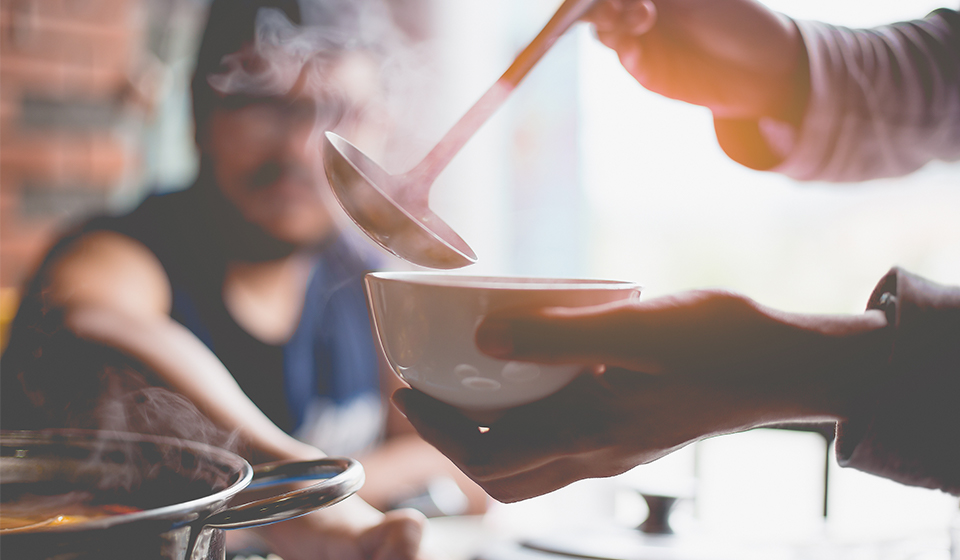 From steaming bowls of fragrant Vietnamese pho to traditional Chinese winter melon soup, here’s where to get your soup-fix in Chinatown.

Brrr! It’s cool out so warm up fast with these ultra-yummy, stomach-insulating soups.

As the mercury plummets, there’s nothing better to warm your innards than a piping hot bowl of sumptuous soup. Rich, aromatic broth loaded with tender meat or seafood and a generous tangle of noodles: delicious. When in Chinatown London, raise your core body temperature with one of these sensational, nourishing soups. 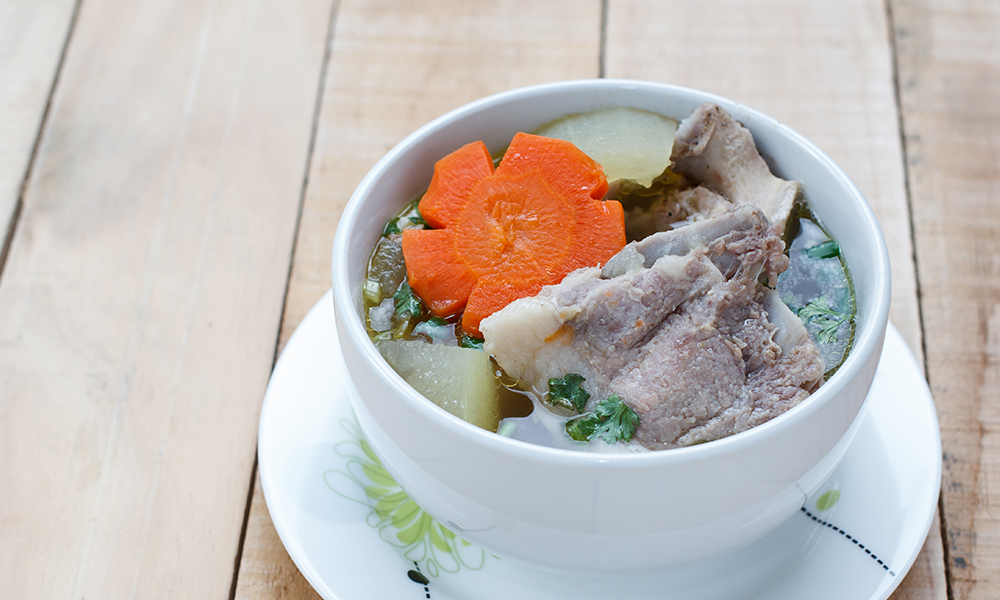 ‘Isn’t melon a summer fruit?’ We hear you cry. Yes and, in China, no. Winter melon is an Asian gourd, named as such because it’s harvested in autumn but lasts all though winter. A traditional Chinese dish, winter melon soup is made with slowly cooked pork broth, soy, ginger and cubes of winter melon. At Jinli, it’s served with unctuous pork ribs. 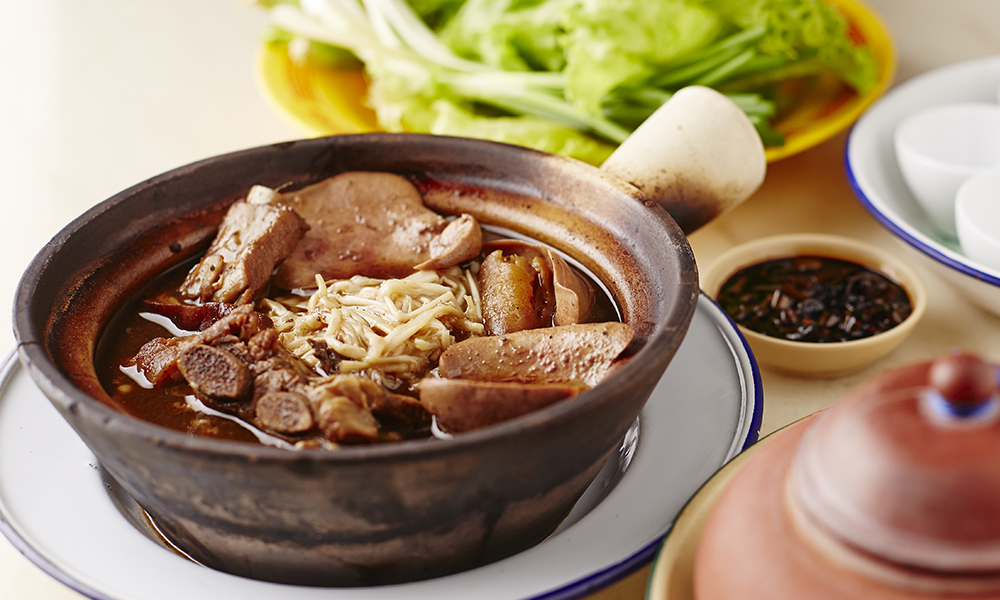 This is a popular Malaysian-Singaporean soup that literally translates to ‘meat bone tea.’ It looks like a simple clear broth but is loaded with complex spices and seasons; star anise, cinnamon, cloves, fennel and garlic. Bak kut teh is sweet, strong and oh-so versatile – it’s eaten for breakfast, lunch or dinner. Find it at C&R Café. 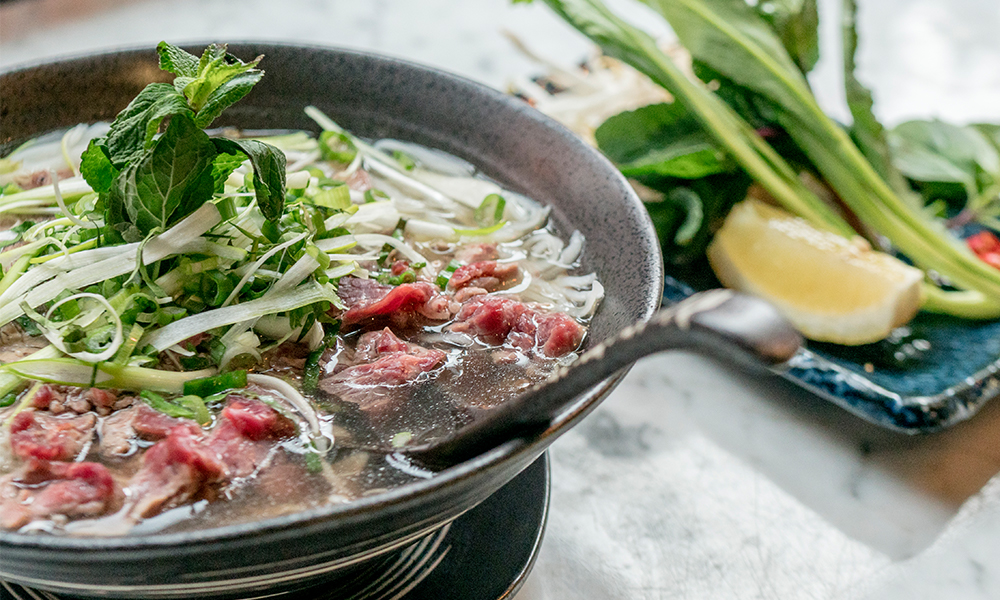 Delicate, light, fragrant and piled high with slippery rice noodles along with fresh mint, holy basil, chili and coriander, pho is the ultimate Vietnamese soup. This popular street food staple can be found in myriad variations at Le Hanoi but their rare beef pho is something to behold; wafer thin slices of pink beef that slowly cook in your hot soup. 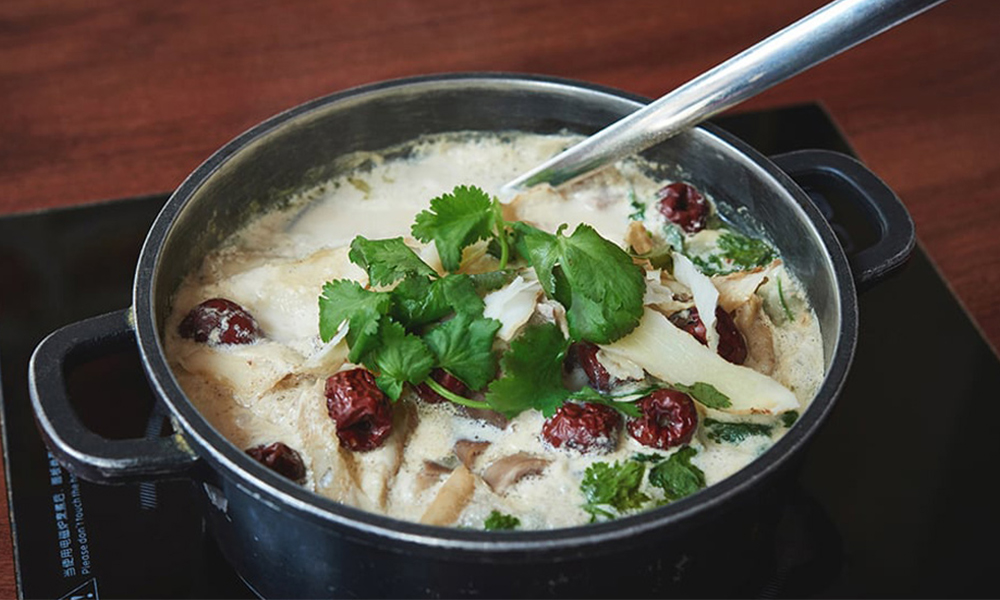 For the adventurous gastronome, this soup stars a lesser-eaten cut of the pig. Chinese have been nose-to-tail eating long before Fergus Henderson made it cool and needless to say you can find dishes in Chinatown using many-a body part. Pork stomach soup features the liver and intestines infused with spices. It’s believed to have many health benefits. Little Four Seasons’ has the added bonus of chicken too. 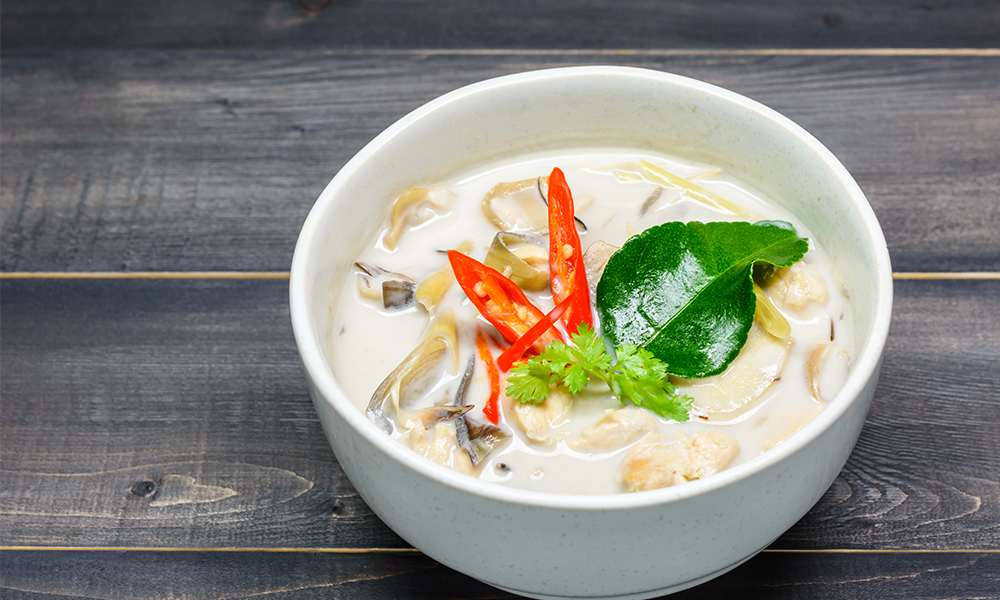 Hot, sweet, spicy and sour, this Thai soup packs one flavour punch. Made with a coconut milk base, tom kha kai is brought to life with a Holy Trinity of galangal, lemongrass and kaffir lime leaves. Spiked with red chili, tender chicken pieces and shitake mushrooms, tom kha kai is one soup you must seek out in Chinatown at Thai Tho.

More of the best 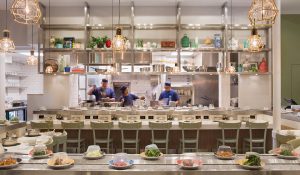 Where and How to Eat Hot Pot in Chinatown London 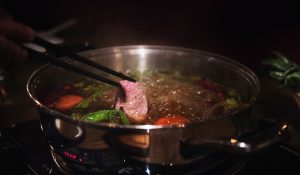 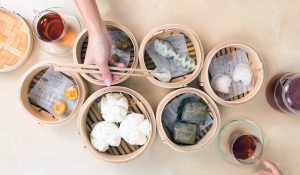