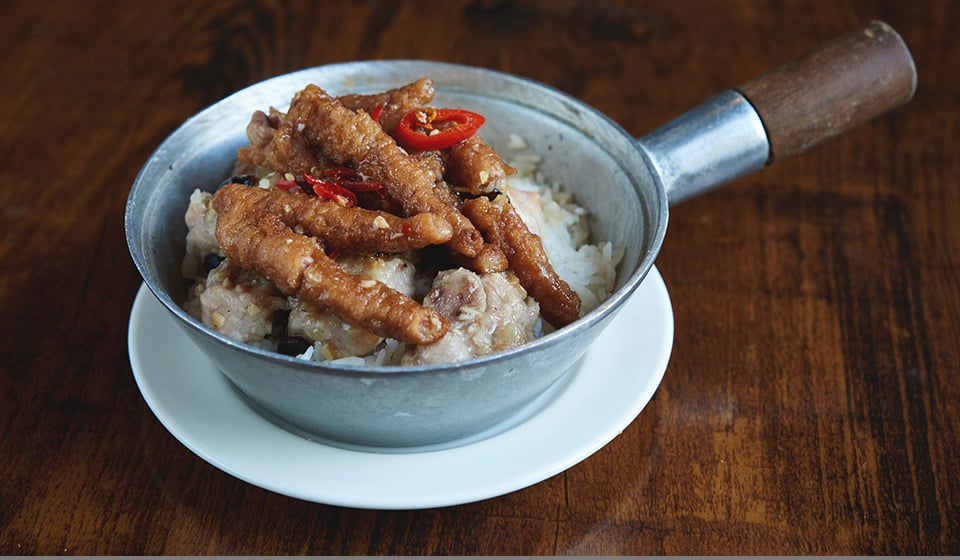 Yes, fun things can be done with claw-shaped food, but they shouldn’t be. Not at the dinner table, anyway. This means no ‘attack of the claw’ or challenging guests to claw duels.

Phoenix claws might not be the first thing you make a beeline for on the menu but, if you don’t, you’re really missing out. Just eat them wisely.

Phoenix claws – where else can you find mythical creatures on the menu but at a dim sum palace? While these are actually chicken feet (a tad less magical-sounding) you have to give full points to the Chinese for using their imagination.

For some people, chicken feet will always remain a quirky mystery to be left on the menu, but in many parts of the world they’re a delicacy. 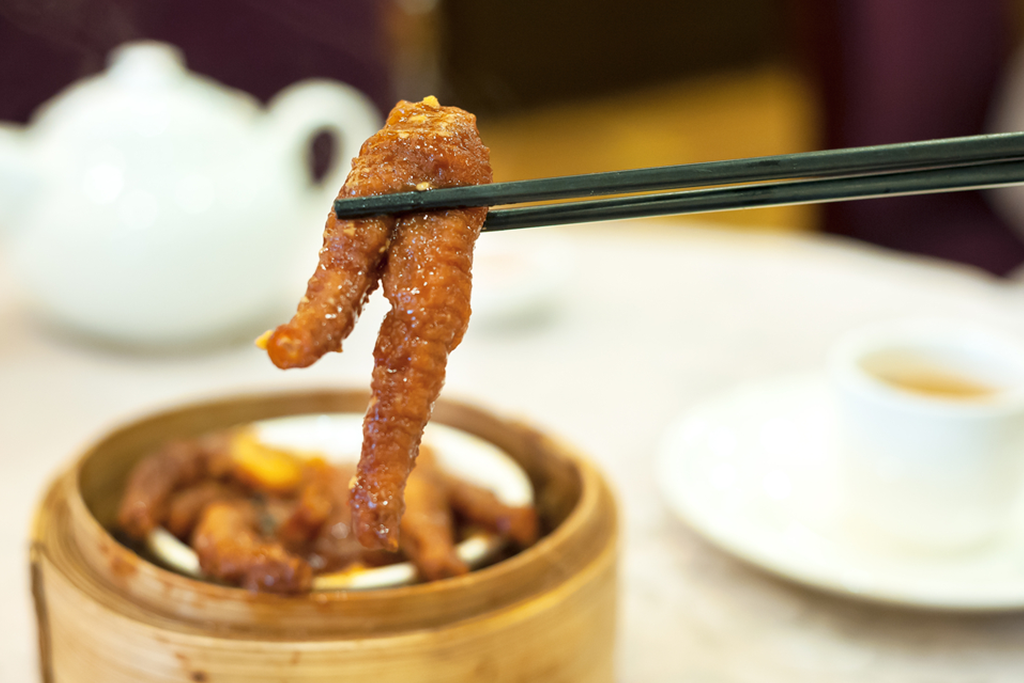 In South Africa, they get fried along with the chicken head in a dish called…wait for it…‘Walkie Talkies’. In China, they’re valued for their pure chicken-y flavour, as well as their health benefits. Many women eat them for the high collagen levels in the hope this will keep skin young. Which might explain why, in China, you’ll be paying more for feet than chicken breast.

While the dish itself can look daunting (a tiny pile of talons is not what you might call inviting), they’re actually pretty damn tasty, though it requires a bit of practice to artfully peel the sticky skin off the bone with your teeth. But, hey, that’s part of the fun. 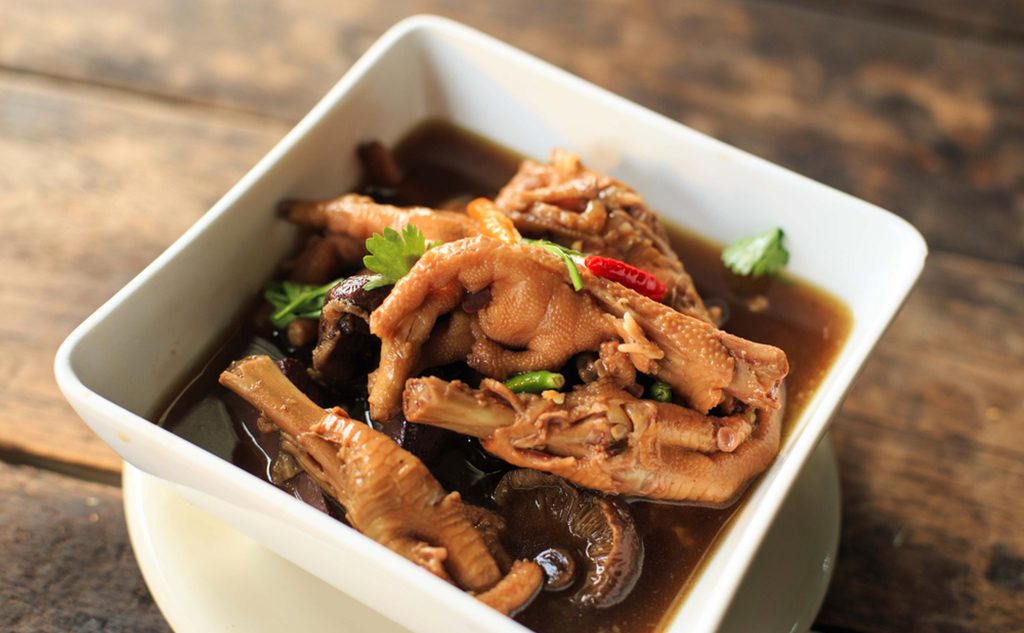 Save the palm for last! It has the most flavour.

The palm is more plump and is the bit most chicken feet fiends save for last – a delayed gratification. The skin on the claw tips is tender, palm meat plump and juicy, the sinews and cartilages at the ankle are crispy, and even the bones (after absorbing flavour while being steamed), deliver an umami hit when you suck them. Thanks to careful cooking, the skin will melt in your mouth as they are so tenderly prepared and most likely, steamed.

Sounds tricky, but it’s possible to eat them with elegance if you just follow the rules.

The first rule when chowing down on chicken feet is to keep an open mind. Perhaps you’re not used to eating animals that are still animal-looking. While there is not much meat on a chicken claw, the skin and cartilage you find here are just the same as you’d eat from other parts of the chicken. 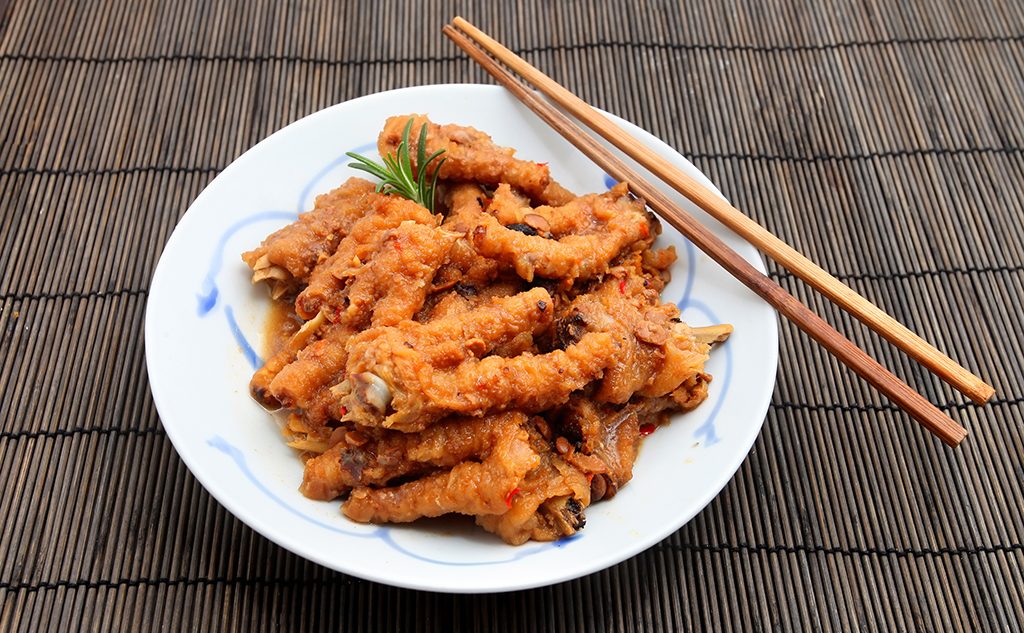 Dip your chicken feet in soy sauce to give the taste yet another dimension.

The second rule is to not play with your food. Tempting, we know. Yes, fun things can be done with claw-shaped food, but they shouldn’t be. Not at the dinner table, anyway. This means no ‘attack of the claw’ or challenging guests to claw duels. Your claw probably doesn’t want to participate in thug life (and its necessary poses) either. As a general rule, then, any novelty action that interferes with the journey between plate and mouth is frowned upon.

Now comes crunch time. With your chopsticks, line the toe up with your mouth. Take a bite. Chew. With your tongue and teeth, separate the skin and cartilage from the small bones, which you won’t be eating. (If you can knot a cherry stem in your mouth, this should be a cinch.) Then simply spit the bones out onto a separate plate and think of them as mini trophies.

One final tip – soy is your best friend – the addition of this salty sauce adds something earthly to this dish. So, what are you waiting for? Tuck in.