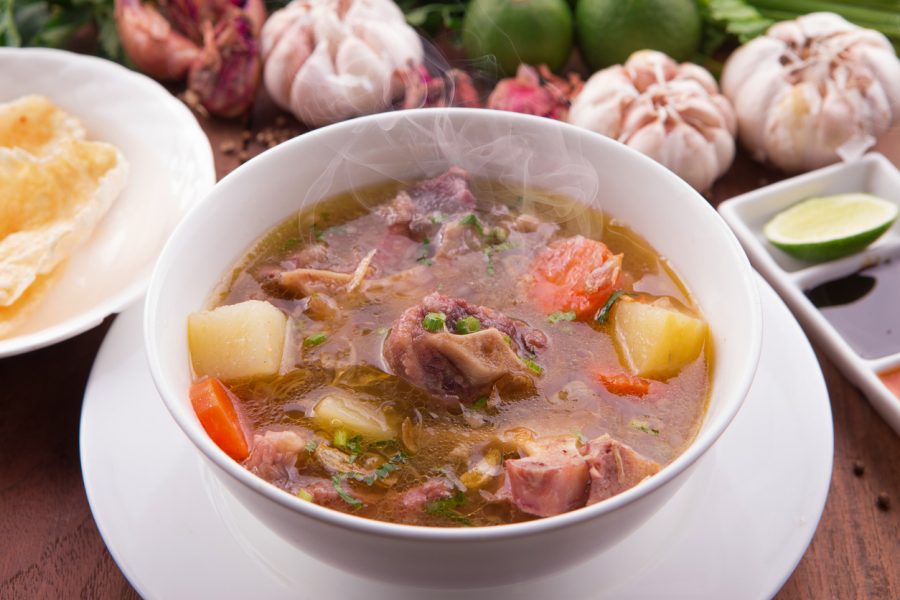 Authentic sop buntut will use the best quality oxtail, with bone, cut into four to five sections and marinated with multiple types of spices, such as cinnamon, clove and nutmeg powder.

Hearty, healthy and full of flavour, oxtail soup is the perfect winter-warmer.

Oxtail soup: a quintessential British comfort food, with humble beginnings. Thought to have originated in London’s east end by Spitalfields-dwelling Huguenots in the seventeenth century, the dish combines beef tails in a vegetable stew.

For our friends in the Far East, however, their version of the dish has a more compelling backstory; romantic – with a side order of spooky, to boot. 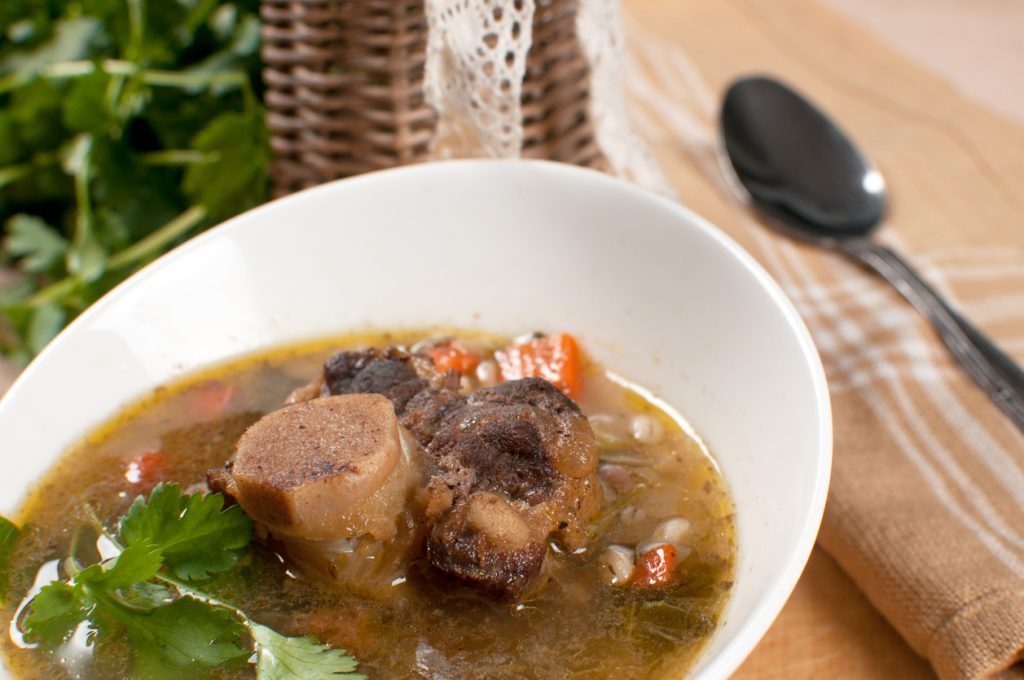 Allegedly, a long time ago at a Hong Kong university, a male student’s dorm was right underneath his girlfriend’s. Whilst preparing for exams he became incredibly stressed. To comfort her troubled partner, everyday his girlfriend would make him soup from her room and deliver it to his below by lowering it down on ropes via the window.

Tragically, she became ill with a rare disease and passed very away suddenly. After attending her funeral, the boyfriend returned to his dorm. Upon entering he smelled something familiar and, turning on his lamp saw a bowl on the windowsill, still warm and filled with oxtail, carrots and other vegetables. He rushed up to her dorm knocking, but no one answered…

Apocryphal story or not, this tragic tale has earned oxtail soup much recognition in Hong Kong. Furthermore, the dish’s popularity is spread right across the entire Southeast Asian region. 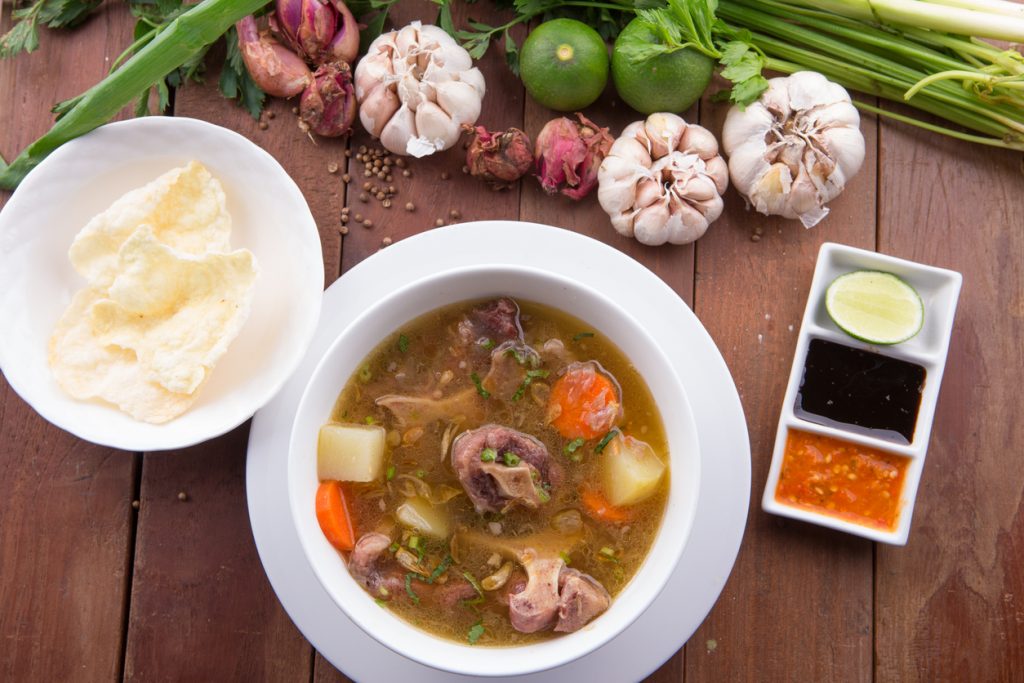 Indonesian oxtail soup (sop buntut) is the most venerated and loved. Like its Western soupy counterpart it features diced oxtail in a clear but rich beef broth, chopped carrots, celery and potato, but with signature Asian flavours of ginger, coriander, lime and chilies as well.

Authentic sop buntut will use the best quality oxtail, with bone, cut into four to five sections and marinated with multiple types of spices, such as cinnamon, clove and nutmeg powder. Next the oxtail sections will be slowly stewed for four to six hours, until the gelatinous collagen dissolves into the soup. Once replete with its vegetable accompaniments and garnishes, the colourful soup looks as good as it tastes. 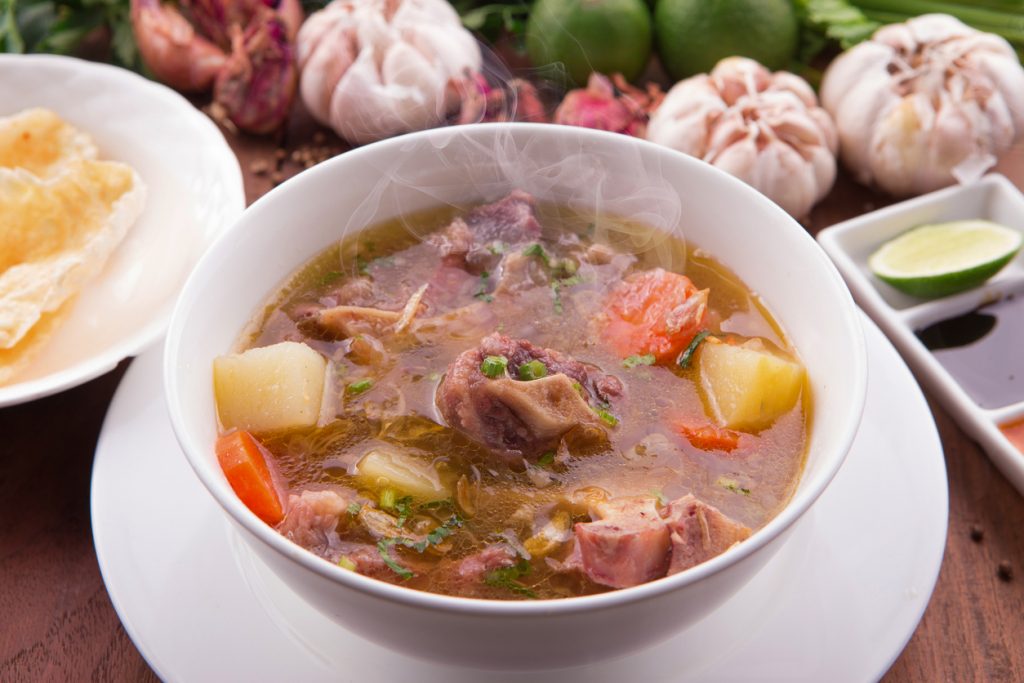 The perfect winter-warmer, sop buntut contains plenty of marrow, which, according to traditional Chinese medicine, is good for health, contributing to its eater’s longevity. And, for beauty freaks; loaded plenty of collagen, the soup is great for skin nourishment.

Cheap and easy to make at home, sop buntut is a kitchen no-brainer. In Chinatown, make a beeline for Nusa Dua to sample their superior oxtail soup.