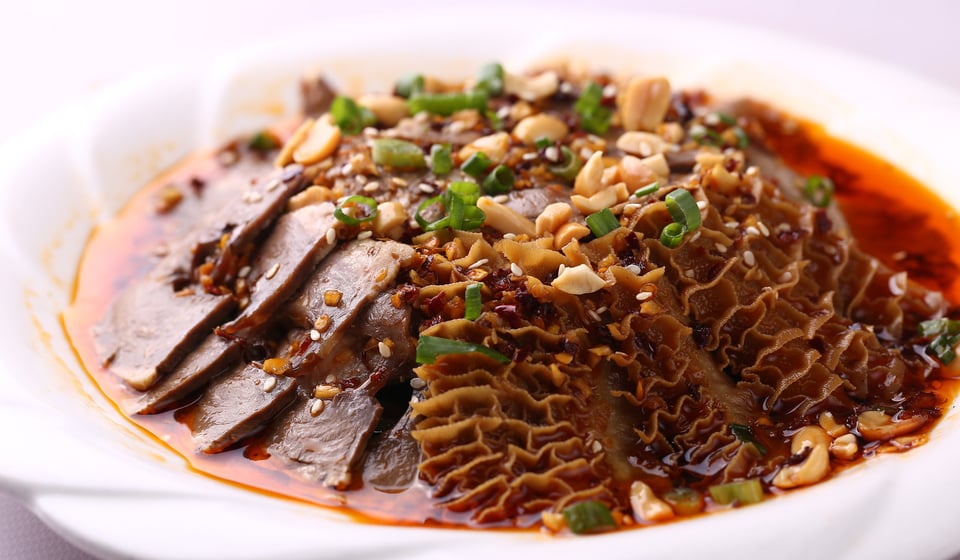 Despite what the name suggests, this dish is most definitely beef. Perhaps a more appetising and user-friendly name for it is Sichuan Beef in Chilli Sauce.

This tasty plate might have an usual name, but don’t be deceived, this dish is anything but human.

When you open any restaurant menu, it’s always good to keep an open mind. But we’ll forgive you for drawing the line, or frantically looking for the exit, should you stumble upon ‘Husband and Wife’s Offal Slices’.

Despite what the name suggests, this dish is most definitely beef. Perhaps a more appetising and user-friendly name for it is Sichuan Beef in Chilli Sauce. And, while the literal translation from Chinese sounds like something from Sweeney Todd, the real story is slightly less gruesome. 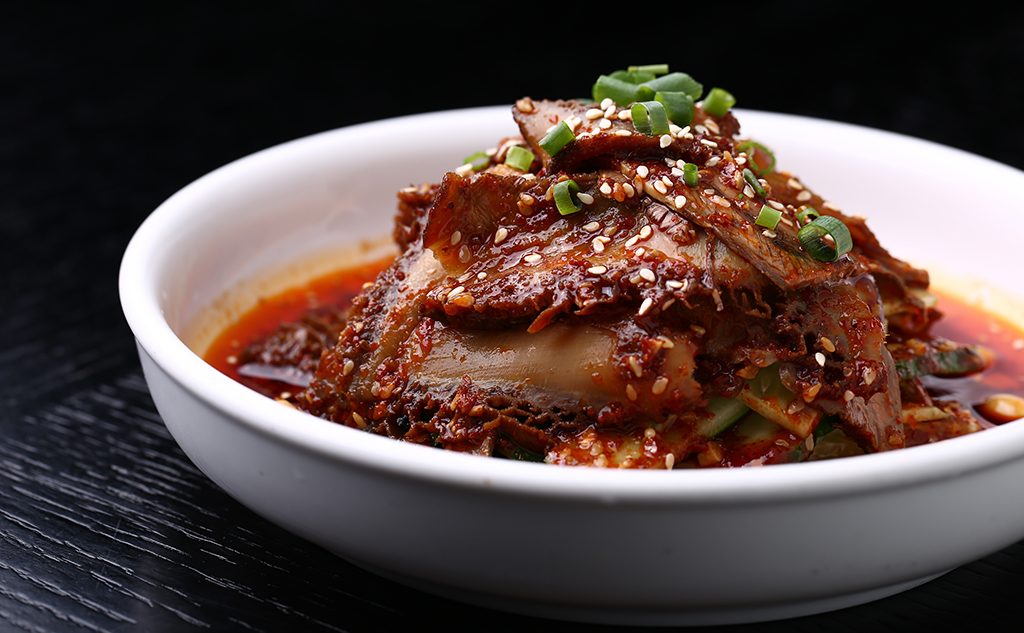 It involves food-vendor husband and wife duo, Guo Zhaohua and Zhang Tianzheng, who created their own signature version of the dish in the 1930s. Their experimentation on flavoured beef slices became a bestseller among the working class and was dubbed ‘fuqi feipian’ (‘married couple’s offal slices’).

As their cuts of beef weren’t from the best parts of the animal (we’re talking offal here), their inventive cooking techniques and flavours were used to disguise this. 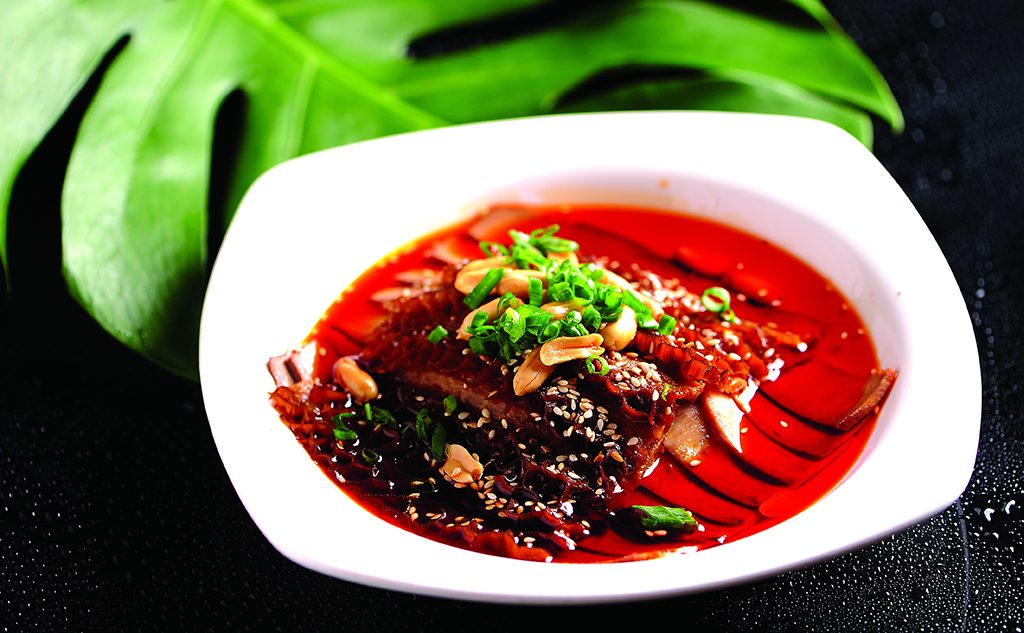 A dish of contradictions – less sought after cuts of beef transformed into refined elegance.

While the beef used in today’s recipes is of a much choicer cut, the techniques and tastes that earned the dish its cult status remain. The beef is first boiled for at least two hours to tenderise it, then it’s cut into wafer-thin slices to maximise the surface area – all the better to soak up flavour. The beef is then marinated in chilli oil, and things start to get interesting.

The completed dish is a contradiction. Made from the traditionally less sought after cuts, the finished product is a thing of refined elegance. Braised beef tendon and rump shavings, scattered with sesame seeds and served cold in chilli oil, black vinegar and garlic.