One spoonful of Curry Laksa and you’ve pretty much just had a slurp of multicultural Malaysia.

This soupy gathering of hot and tasty flavours brings the true meaning to variety is the spice of life. And its history speaks for itself.

You know it instantly from its orange hue. The woody, citrus smell of lemongrass. Fiery red chillies. The springy tangle of vermicelli and crunchy bean sprouts on which a few bouncy prawns lie curled. This is the creamy coconut noodle soup, Curry Laksa and, boy, is it delicious.

So delicious, in fact, that many people have it for breakfast in Malaysia. As they’ll tell you here, there are many, many versions of Laksa, but all are tasty. What makes Curry Laksa what it is, however, is the curry paste. This is the Indian influence on the Laksa, the noodle soup part being more Chinese-Malay. 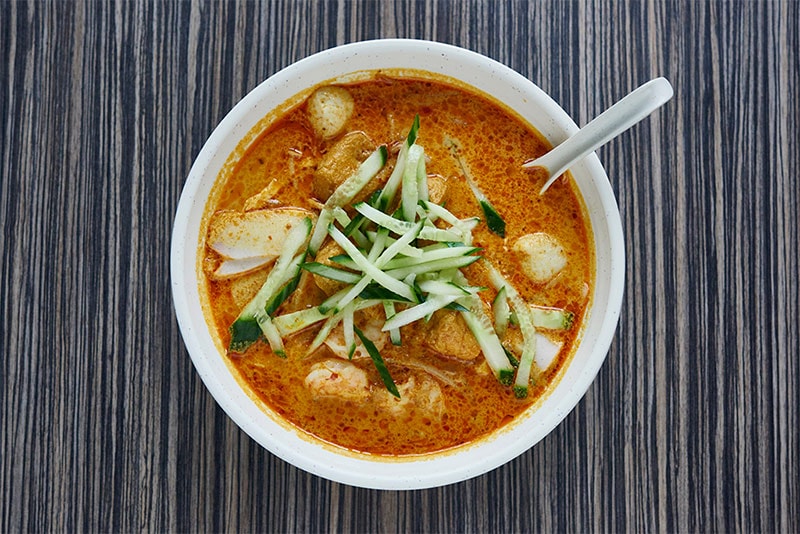 As a dish, it’s aptly symbolic of some of the population’s main ethnic groups – 50% Malay, 25% Chinese and 7% Indian, roughly. One spoonful of Curry Laksa and you’ve pretty much just had a slurp of multicultural Malaysia. There’s a lot of diverse ingredients going on, but it still manages to carry off a harmonious flavour.

Perhaps this is why Laksa is so popular in the first place. Back in the days of the old spice trade, the Peranakans (descendants of Chinese migrants who moved Penang and Indonesia) are thought to have introduced the noodle dish to Malaysia when they emigrated there. Because it was so easy to adapt with new ingredients, Laksa could, with the right tweaking, easily become a familiar dish to both traders and locals. Food to become friends over, if you will.

The later development in more exotic trade routes meant a host of sexy new spices turned up at the party. Things like chilli, mustard seeds, cumin and star anise. These were all added to the existing flavours of cinnamon, ginger, black pepper and coconut, and things got even yummier. 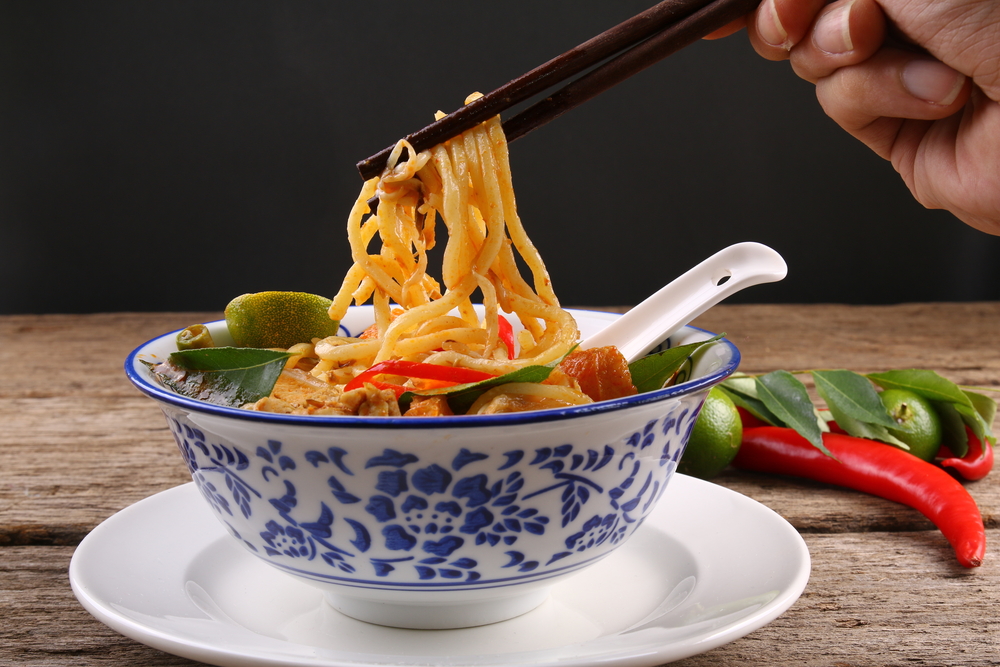 Quirky regional spin-offs have created many varieties of Laksa.

Fast forward to today, Laksa’s many variations fluctuate in terms of quirky regional spin-offs that have developed over time. Each of Malaysia’s thirteen regions produce one. That’s a whole lotta Laksa.

Take Katong Laksa, which derives from Singapore and features cut-up noodles, so it can be eaten chopstick-free with a spoon alone. Or there’s Laksa Bogor, one of Indonesia’s most famous varieties, its earthy and nutty flavour is owed to oncom, an orange fermented bean cake, plus it contains chicken as well as prawn. 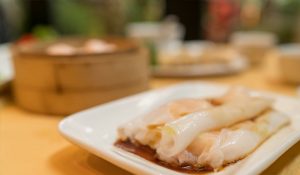 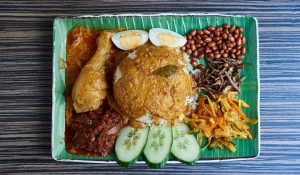 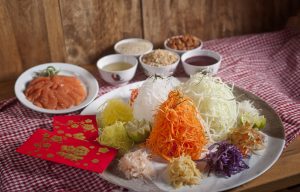