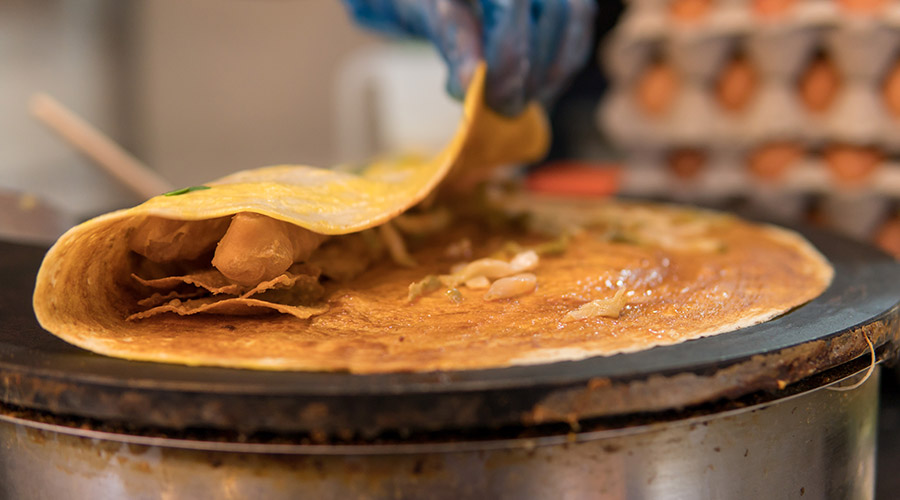 A Chinese breakfast of champions, discover the jianbing and why it’s one of the country’s most popular street food snacks.

Why you’ll love this classic crispy crepe, hailing from the Shandong Province.

Bye-bye bao buns, hello Jianbings! Jianbings are to the Chinese as crepes are to the French; a versatile street food, jam-packed with tasty fillings and served to eat on the move. Puffy bao buns and delectable dumplings have well and truly infiltrated Western street food stalls, now; it’s time for the jianbing to have its day.

You’ll find jianbing vendors all over each and every Chinese province selling these pancake wraps, carefully folded around savoury fillings like spring onion, coriander, thick soy sauce and chili. Traditionally served for breakfast, queues of hungry diners will snake their way around the streets to wait for their jianbing, freshly prepared to order on a hot, round griddle. 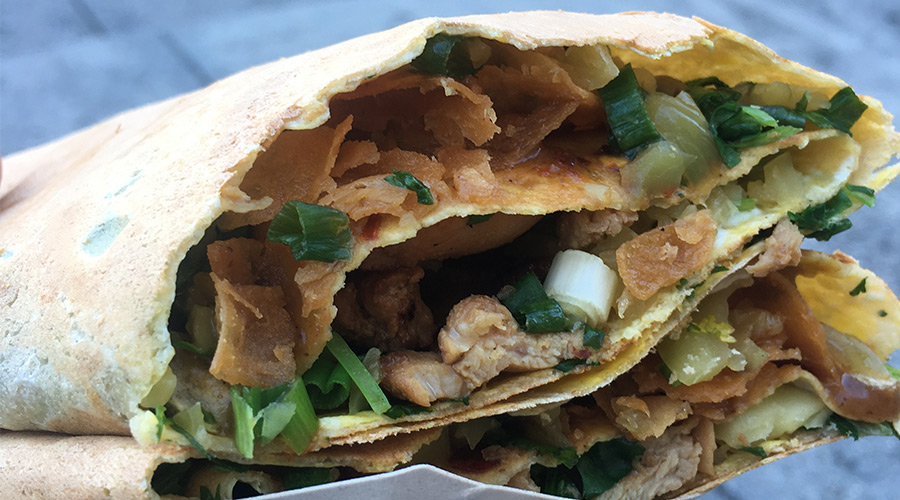 What makes the jianbing special is its unique crunchy exterior, which contrasts with the soft filling. The jianbing itself is made from a combination of wheat and grain and flour. Like most Chinese dishes, there’ll be regional variations – the most common version hails from the Shangdong Province comprising the aforementioned coarse grain flour. Tianjin jianbing are made from green mung bean flour – good for gluten free fans.

Allegedly the jianbing came about 2,000 years ago when Liu Bei’s chancellor in Shandong Province was tasked with feeding an army of soldiers who’d lost their woks. The chancellor ordered cooks to spread a mixture of water and wheat flour batter over a copper griddle over a fire. The impromptu dish was so loved by the soldiers that they fought their way out of an ambush. And thus, the dish has passed down generations of Shandong families. 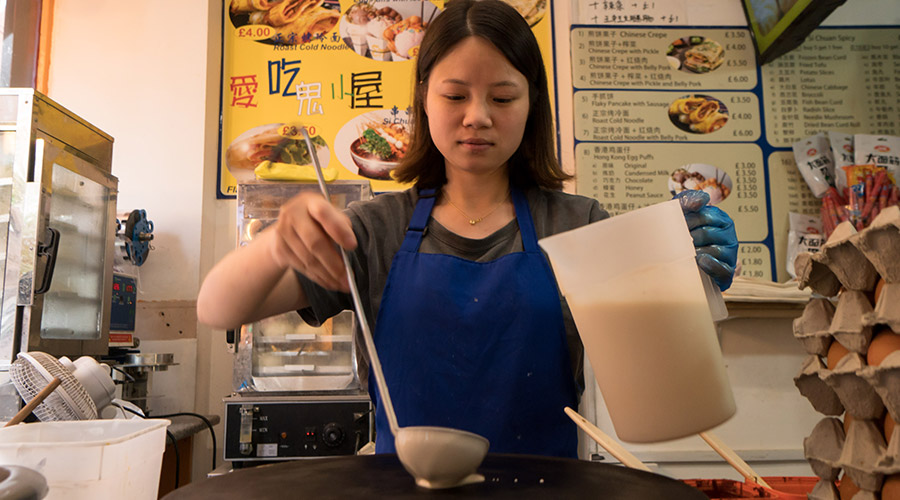 To seek out the jianbing in Chinatown London, look no further than Chinese Tapas House. A small-but-sweet hole in the wall style joint serving bite-worthy morsels, this micro-restaurant is a perfect snacking spot. Simply choose your fillings then watch your pancake mixture cooking on the round griddle. Select from spring onions, chili oil, pickles, crispy pigskin or sausage. For those with a sweet tooth, you can even opt for fruit as well. Like we said, jianbing will be your new favourite street food.