Where to go in Chinatown this Pride in London 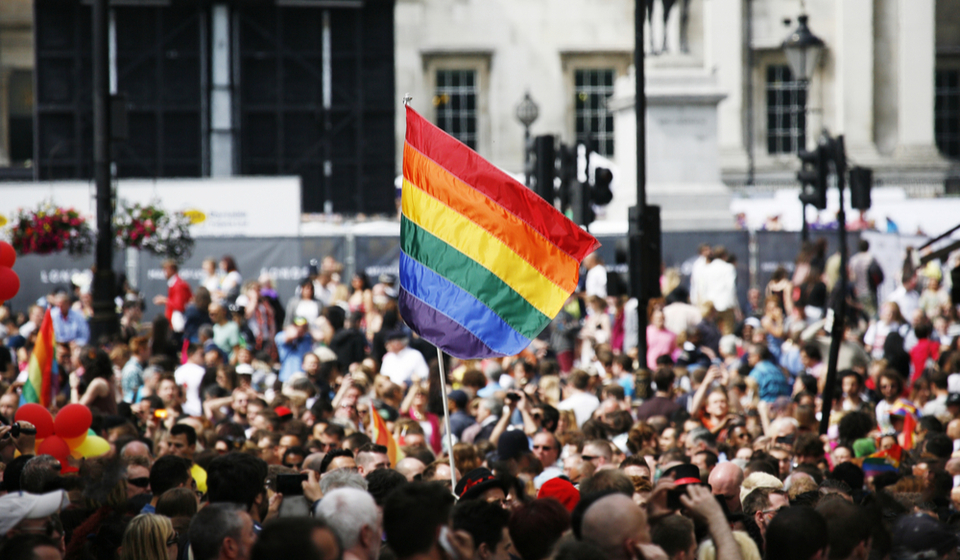 Buzzy bars, lively lounges and a big street party: Chinatown London has it all at Pride in London. Here’s where to go for the action.

Rainbow flags at the ready, Pride in London is fast approaching! The annual LGBT+ friendly Parade is one of the Capital’s biggest street parties and sees thousands of revellers descend onto central London’s streets and bars for some merriment and fun. The festival kicks off on 24th June, but the main parade is where all the action is. Taking place on Saturday 8th July, the Pride in London Parade will see colourful floats and fancy-dressed merry-makers weave their way down Regent Street, all sound-tracked by banging tunes.

Once you’ve captured a glimpse of the parade, join the party at one of these buzzy Chinatown bars where you’ll be guaranteed to hop on board the Pride in London party train and have a great time.

A hotspot that needs little introduction, Ku Bar just off Leicester Square is one of London’s premiere after dark destinations for the gay community and beyond. With an inclusive vibe, awesome drinks and more hot bar-staff than you can shake a Glo-Stick at, head here to people watch from Ku Bar’s outside terrace with an Aperol Spritz in hand. 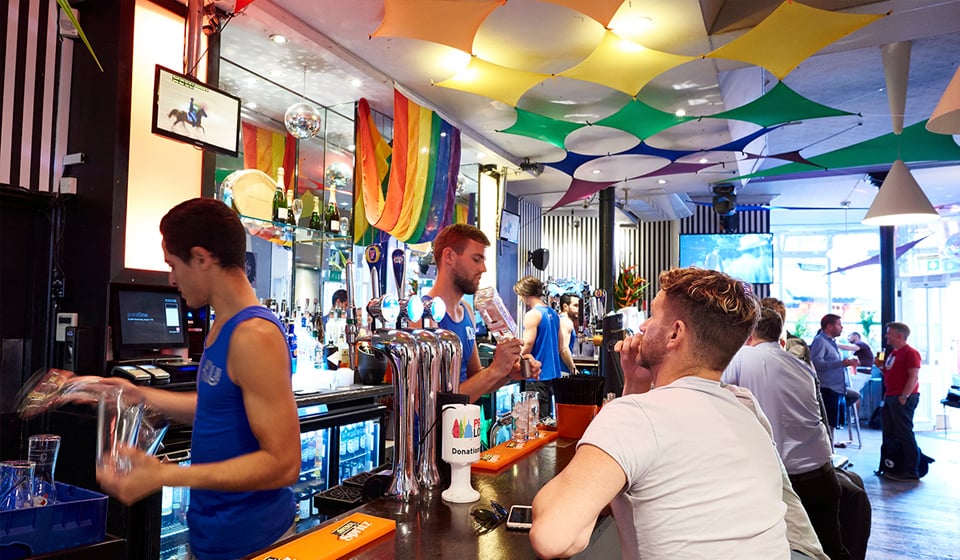 If you fancy something of a more sedate and sophisticated place to sip a cocktail, pop upstairs above Ku Bar to the Light Lounge. Here you can kick back with an ice-hold tipple in Light Lounge’s swish surroundings while overlooking all the action outside down below. 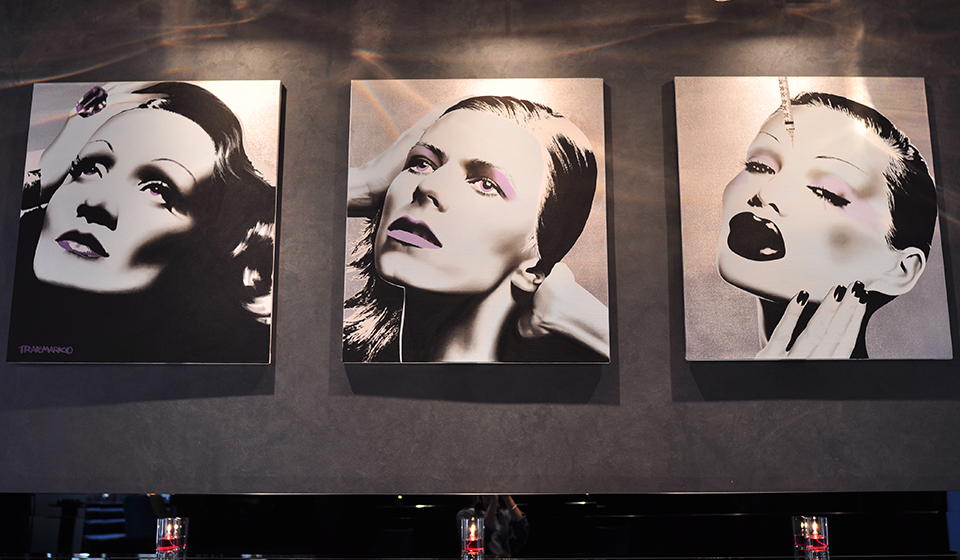 A collection of icons on the walls of Light Lounge

Throw in some Irish craic to the Pride in London mix and you’ll be amping up the party vibes tenfold. Way O’Connor’s is a giant Irish boozer on Rupert Street and despite its large stature, it’ll be bursting with folks spilling out onto the street. Cool down with a chilled pint of Guinness and keep the good-time feelings rolling on. 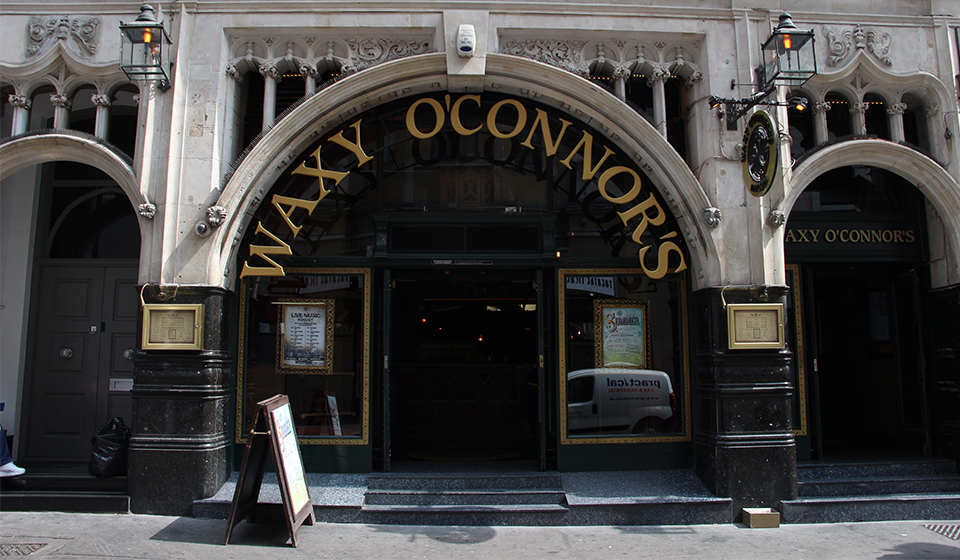 An eastern-inspired cocktail bar of distinction, Opium is a drinking den with a difference. Through a tricky-to-locate door on Gerrard Street an up three floors, the cool cocktail emporium makes a great hedonistic hideaway for Pride. Savour one of their signature cocktails like Opium #6 or the fruity Devil Doctor before re-joining the throngs outside. 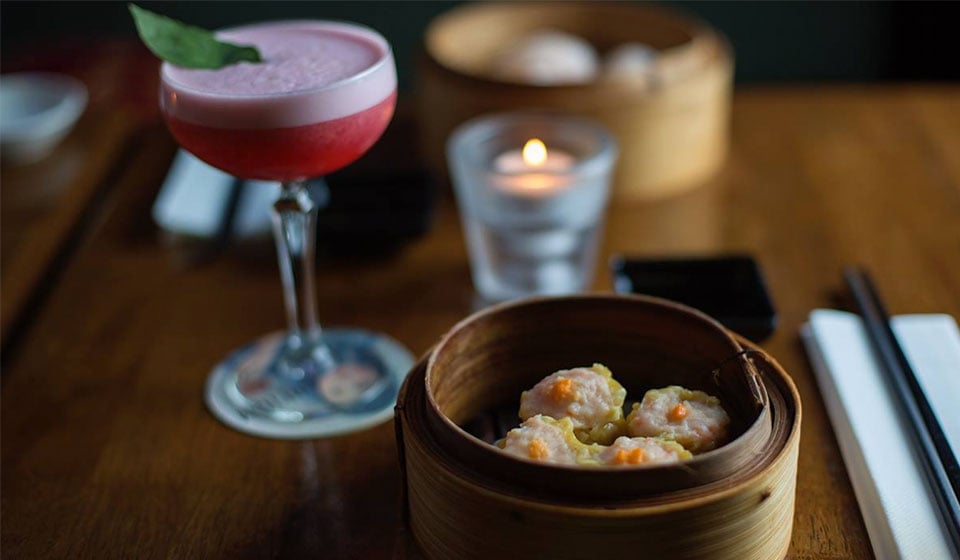 You know what you’re getting with O’Neill’s; reliably good beer at decent prices with a side order of Irish charm. Located on Wardour Street, O’Neill’s will be one of the areas busiest bars during Pride in London with gay and straight revellers alike so if you’re looking to rub shoulders and make new friends, head here. 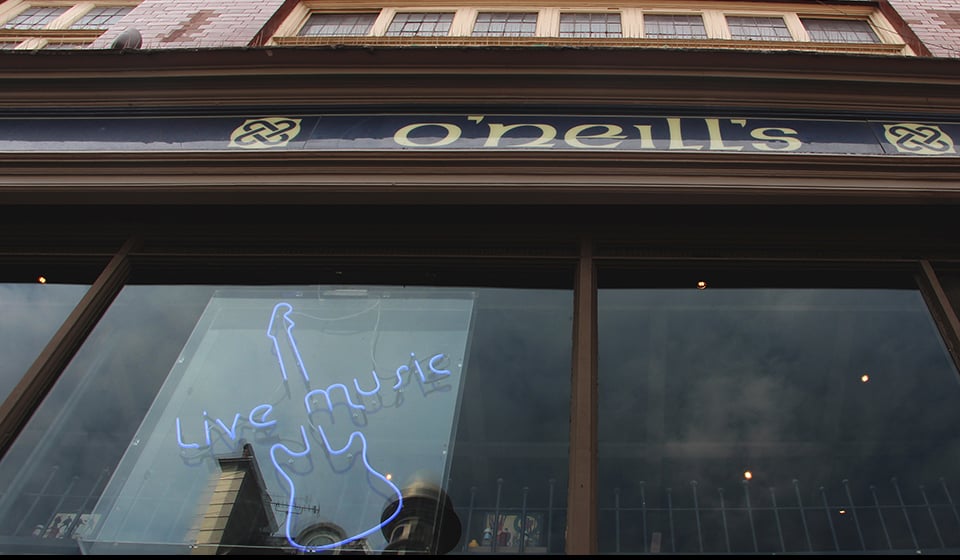 Drop in for a wee pint at O’Neill’s