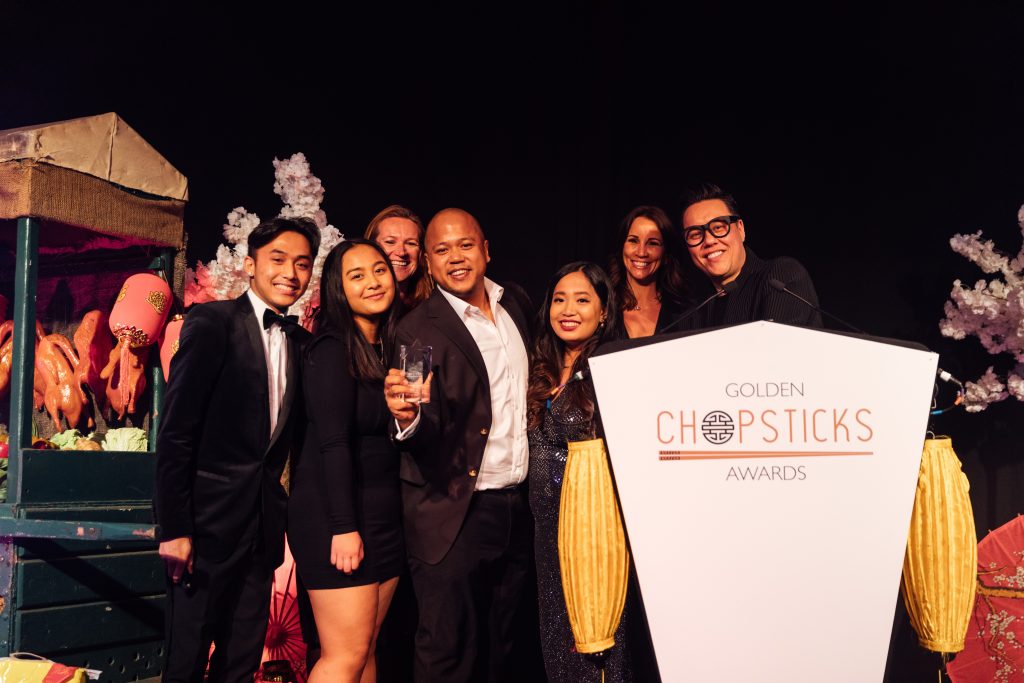 "Mamasons has always been about more than just the food: it’s about sharing a taste of the Philippines and its culture with our customers, and we are so delighted to be recognised for this.”

Following the success of last year’s inaugural event, the second Golden Chopsticks Awards took place on Monday 29 April 2019 at London’s The Grosvenor Square Marriott Hotel, celebrating the wealth and talent of Far East cuisine in the UK. Chinatown London are delighted to build on last years success, with JinLi restaurant winning ‘Best in England’ in 2018, and walk away with another win in 2019!

The addition of four new awards (vegetarian food, street food, dumplings, and desserts – all introduced to acknowledge the growth and ever-changing diversity in the market) saw the public voting for their favourite vendors in 22 award categories, with 20,000 votes registering over a six-week period.

One of the new categories – ‘Best Sweet Treat’ – saw London’s first Filipino ice cream parlour, Mamasons Dirty Ice cream, crowned as winners, and it was fantastic to see Tsujiri, Yolkin, Cuppacha and Ichibuns all receiving nominations at the awards.

Mamasons, which opened on Newport Court in September last year, brings Filipino ‘dirty ice cream’ from the streets of Manila to Chinatown London. Founded by second generation Filipino Londoners Omar Shah and Mae Maglanoc, Mamasons Dirty Ice Cream is named after the street vendors who make small batches of fresh ice cream every day in the Philippines with the use of a steel drum, ice and salt.

Mamasons recreates the unique flavours and culture of the Philippines, using ingredients such as black coconut and ube. Its hugely popular signature ‘Bilog’, a traditional Filipino milk bun (pandesal) filled with ice cream, toasted in a bespoke hot press and dusted with icing sugar, has been an unprecedented success with Londoners.

Founders Omar and Mae said of the win: “We would like to extend our deepest gratitude to all Mamasons’ lovely customers who voted for us. Mamasons has always been about more than just the food: it’s about sharing a taste of the Philippines and its culture with our customers, and we are so delighted to be recognised for this.”

The rise in innovative Asian desserts is a prominent trend throughout the Far East, which in turn has been reflected in the ever-evolving offering in Chinatown London. Newport Court has become a dessert destination, where Mamasons is part a growing line-up of Asian dessert specialists from matcha masters Tsujiri, to trendy dessert shop RORO, and fruit pudding specialists Guo C 100.