Number of Ingredients 6 to 10 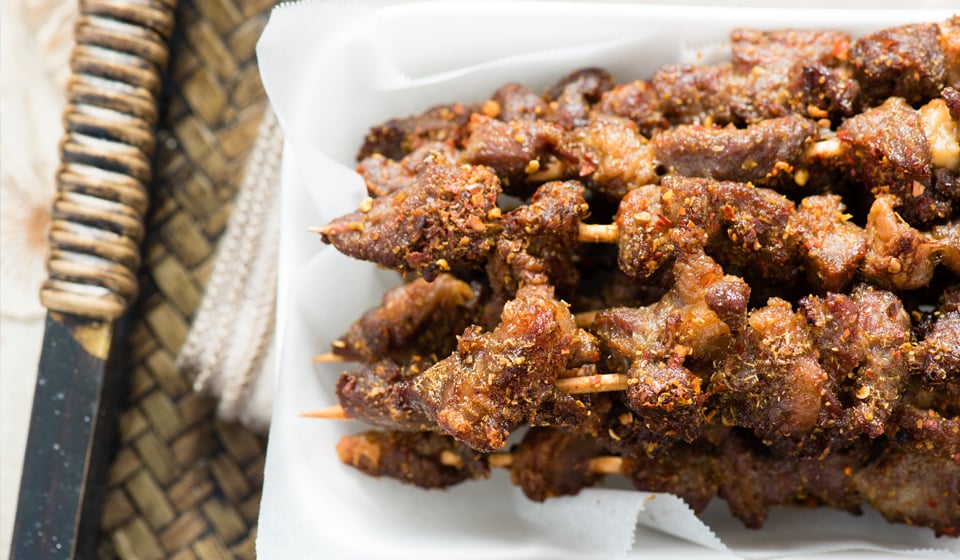 Easy to make and packed full of flavour, it’s not hard to see why Yang Rou Chuan is a popular go-to recipe.

Stroll around Beijing on a balmy summer evening and you’ll soon spot a common theme – locals, soaking up the last of the evening sun, with a cold beer in one hand and a succulent spiced-meat skewer in the other.

A Chinese dish, from the north-western province of Xinjiang, Yang Rou Chuan has skyrocketed in popularity and now features heavily on China’s street-food scene. Down every second alley or street, little ‘skewer bars’ have set up to sizzle and meet the city’s insatiable appetite for these spicy morsels on a stick. 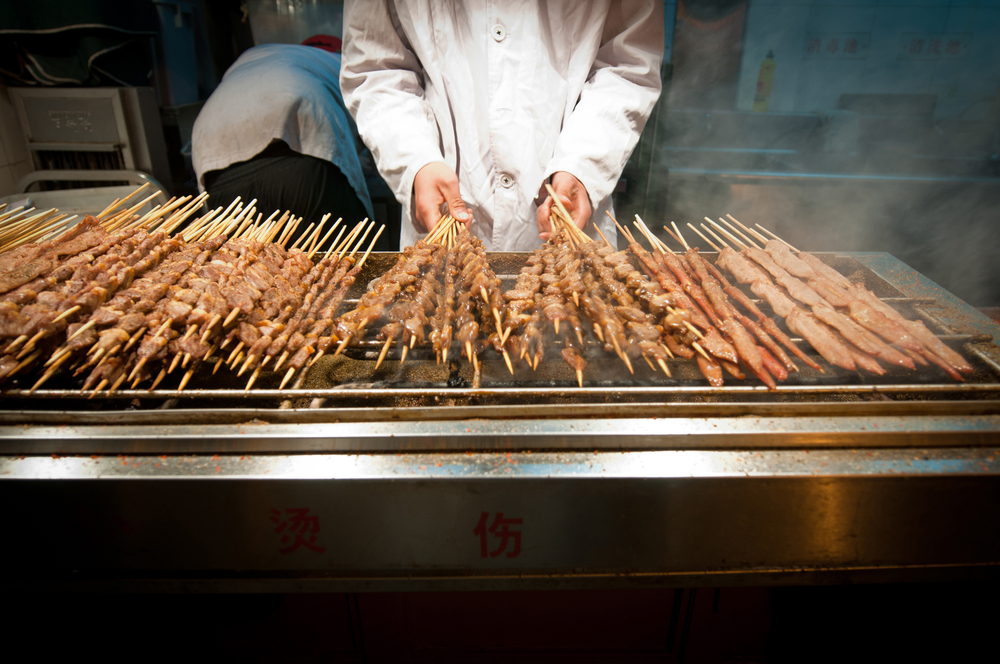 Grind up all the spices and salt using a pestle and mortar so they resemble a coarse powder, keep a hefty spoonful aside.

Toss the spice mix with the lamb in a large bowl, adding the wine and oil. Leave to marinate for at least two hours. This will give the most intense flavour and a melting quality to the meat.

Thread the fat and lean meat onto the skewer so they alternate – the fat helps the meat from drying out, but it also is pretty tasty too, retaining a slight charcoal flavour. Now they’re ready to cook.

Cook on ashen grey charcoals on a barbecue or grill for about three minutes on each side should do it. And keep sprinkling them with the remaining space spice mix as they sizzle away.

Alternatively, you could just pop along to Manchurian Legends in Chinatown to sample the Time Out award winning lamb skewers and let them do the ‘hard’ work for you.

Be warned though, they’re seriously addictive.