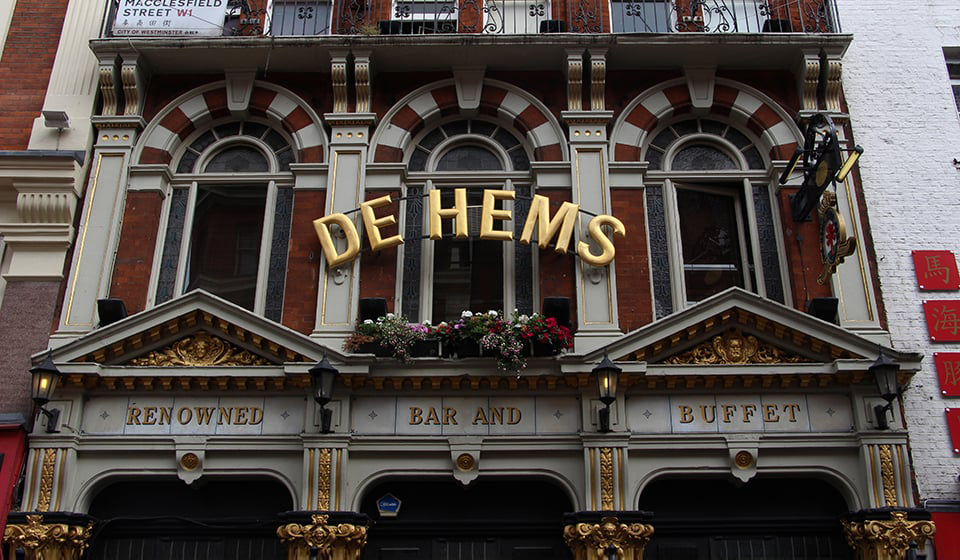 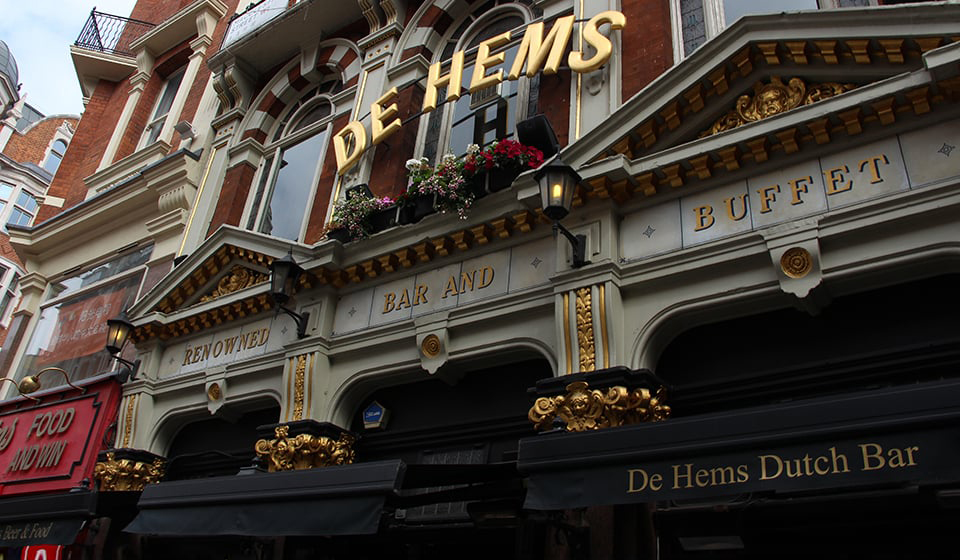 11 Macclesfield St, London W1D 5BW How to get here

A Dutch pub. In Chinatown. In England. Confused yet? Don’t be. De Hems on Macclesfield Street is a watering hole with more heritage than you can shake a stick at.

In the 19th century, retired Dutch seaman ‘Papa’ De Hems leased the imposing pub (then, The Macclesfield) running it as an oyster bar. Beloved of the literati set, it gained fame and notoriety for serving up oysters to poets, gangsters and, later, music industry impresarios. During the Second World War, after the Netherlands was occupied by the Nazis, De Hems became a secret meeting spot for the resistance. In 1959, it was renamed De Hems in the captain’s honour.

At De Hems, fine global craft ales like St Stefanus and Sierra Nevada are the cornerstone of their booze offering so expect to be whisked around the world in 80 pints. It’s also something of a gin palace, housing the latest artisanal brands like Silent Pool and Ophir.

But no visit to De Hems is complete without a side order of their round Bitterballen (Dutch meatballs), so make sure you eat like a Hollander and order some.