Opening Hours
Monday to Sunday, 12pm to 4pm, then 5pm to 8pm

Those queues snaking out the door along Wardour Street confirm only one thing – Misato is Chinatown’s go-to spot for lunching workers, tourists and Japanese-fans alike.

The casual, no-frills, canteen-style ambience and oh-so reasonable prices belie the exceptional quality of their offering. Notably, their spin on Chicken Katsu Curry (served with noodles) is a firm favourite with adoring regulars.

Misato has occupied its Chinatown locale long before Japanese cuisine was omnipresent on London’s streets, so let’s just say it’s had enough time to perfect its tasty, home-cooking-style dishes which remain unchanged since opening over 25 years ago. As the old saying goes, if it ain’t broke don’t fix it.

Importing the vast majority of ingredients from the Far East, authenticity is key at Misato ensuring their sushi, bento boxes and curries are as close to a genuine taste of Japan as possible. From Asahi to sake, Misato also presents a decent selection of Japanese beverages to wash that Salmon Teriyaki Bento Box down with.

Well then, as we say in England, bottoms up! Or, perhaps more appropriately, kanpai! As they say in Japan.

What it takes to be a sushi chef 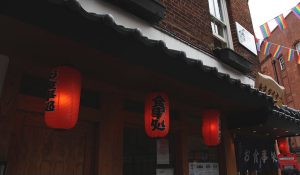 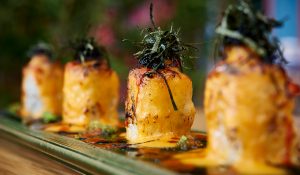