76 Shaftesbury Ave, London W1D 6ND How to get here

Available for delivery and takeaway via Deliveroo

Authentic taste and flavour, presented in a modern way, is the guiding principle at Pho & Bun.

The owner, Andy Le, spent nine months making his mark across the complete spectrum of Vietnamese cuisine. Food that he grew up eating as a child in Vietnam.

Take his honey-glazed Pork Belly for the Bao Burgers, slow-roasted, but finished in an oven to give it a crisp char—an idea Le picked up working in Western kitchens.

Then there’s the Pho, an adaptation of the French Pot au Feu – originating during the French colonisation of the country – made the traditional way by slow-cooking the beef bone for 24 glorious hours. And served in a special bowl, designed by Le, to keep the Pho hot.

Or there’s the signature Tender Beef Pho. The raw, thinly-sliced beef, cooks ever so slightly as the hot broth is poured over it. The meat remains meltingly tender, while the taste shoots right up your nose.

From the dishes and the crockery, right through to the décor, everything has received Le’s magic touch – the murals, tables and bars have all been handmade in Vietnam, according to his designs.

Perhaps it’s this attention to detail that adds a certain je ne sais quoi to his taste-packed dishes. Because, if there’s one thing for sure, it’s that everything he touches turns to gold. 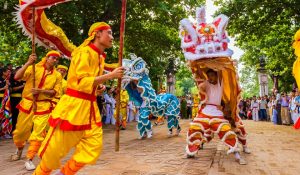 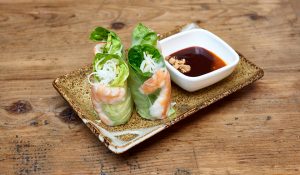 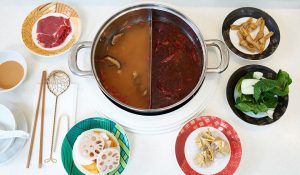