Mongolian vs Sichuan – who wins the hot pot war? 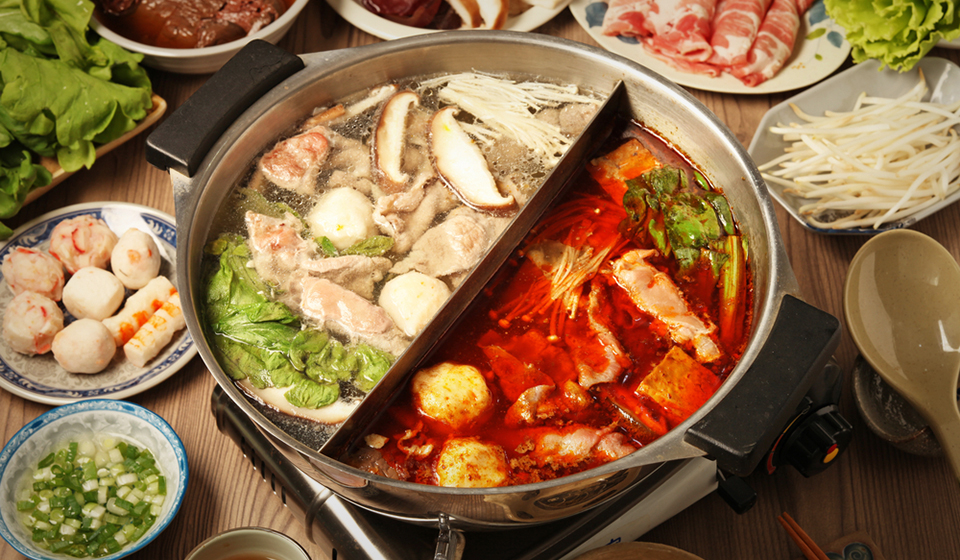 To eat, hot pot is placed in the middle of a table alongside plates of raw ingredients that are plunged in the bubbling broth to cook before being dipped in sauces and devoured.

From Mongolia to China, the hot pot has taken a long and tasteful journey to arrive as we know it today.

Humans are notoriously possessive over food, endlessly squabbling over who invented what and the place of origin. Yet, in reality, no one owns dishes – they evolve. This is certainly the case when it comes to hot pot, one of China’s most beloved offerings.

Hot pot lovers actually have neighbouring Mongolia to thank for the dish. Its beginnings date back 1000 years, during the Jin dynasty, when a rudimentary version was cooked in horsemen’s upturned helmets. The warm, simmering stew featured basic meats like beef, mutton or horse. 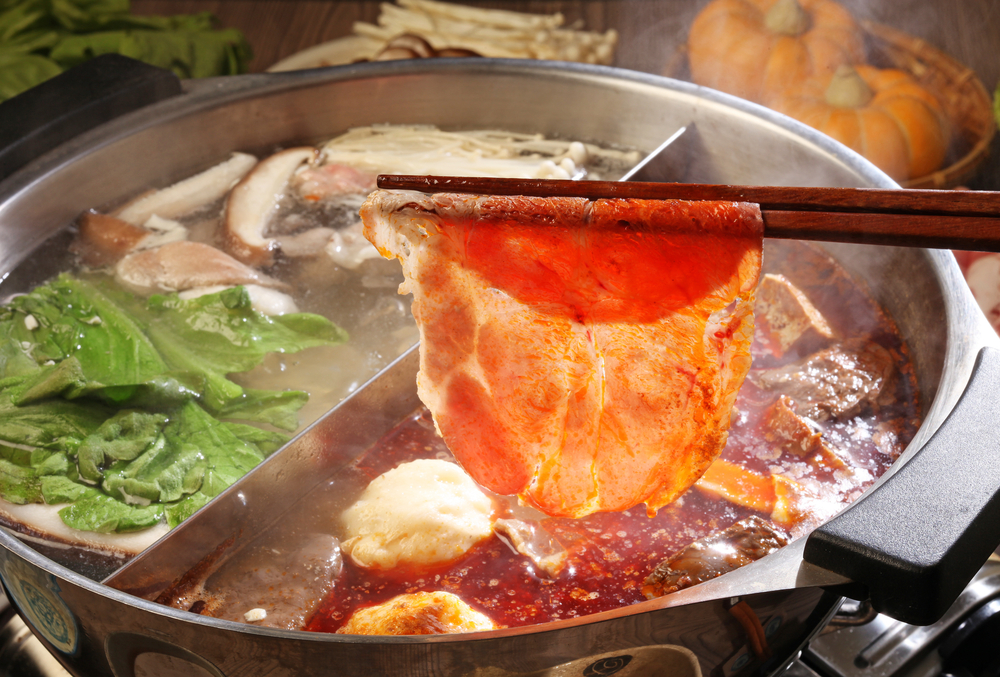 Hot pot is a treat over a thousand years old.

By the 17th century, the hot pot had become an integral part of Chinese cuisine. Jumping into the broth came vegetables, fruit, herbs and spices, and even chrysanthemum petals, to which Empress Dowager Cixi (who controlled the Chinese government for part of the Qing dynasty) was partial. More protein followed – pork, chicken, offal, fish, seafood, tofu and eggs. Then dipping sauces of sesame, chilli, soy and garlic were added to the hot pot party. 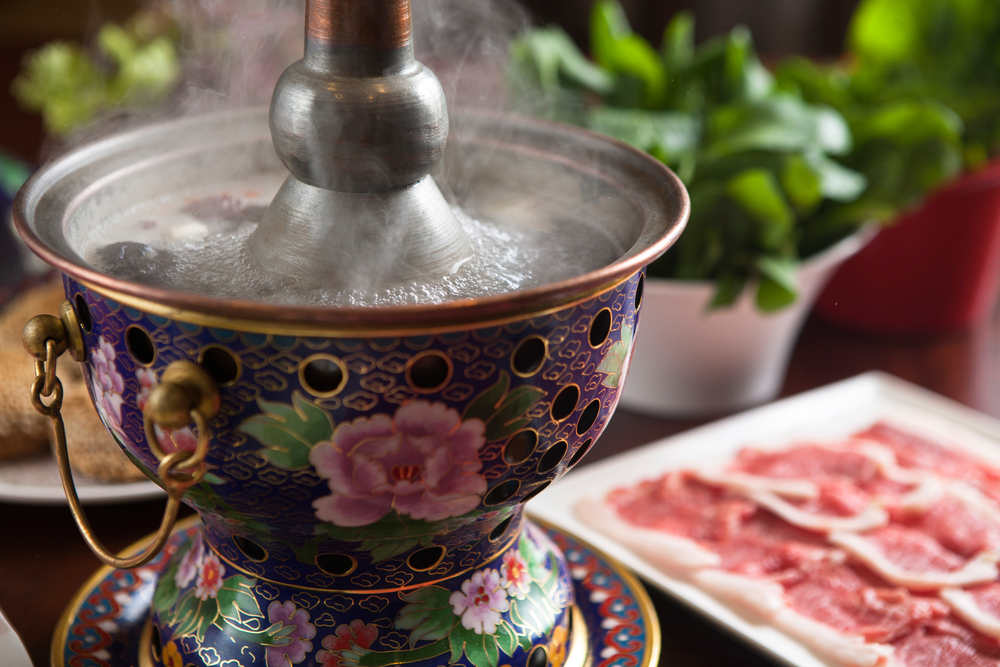 Beijing hot pot, a close relative of Mongolian hot pot, is hailed as the best of Beijing cuisine. The cloisonné pot featured in the image gives the hot pot an artistic air.

But, when hot pot entered the lexicon of Chinese Sichuan cuisine, it really came into its own. Its Sichuanese origins are thought to start on the bank of the Three Gorges – the waterway connecting the Sichuan basin to the outer world. Its fast-flowing waters frequently stranded boats. Boat trackers who rescued vessels that had run aground needed salty, densely flavoured sustenance and, for the sake of convenience, hot pot was their dish of choice.

Though too much to handle for those who prefer a clear and mild soup, the pungent spices the Sichuan province is famous for really elevate the stock. Today this fiery, aromatic version – which includes Sichuan peppercorns, ginger, garlic, star anise and chilli – is the most celebrated. 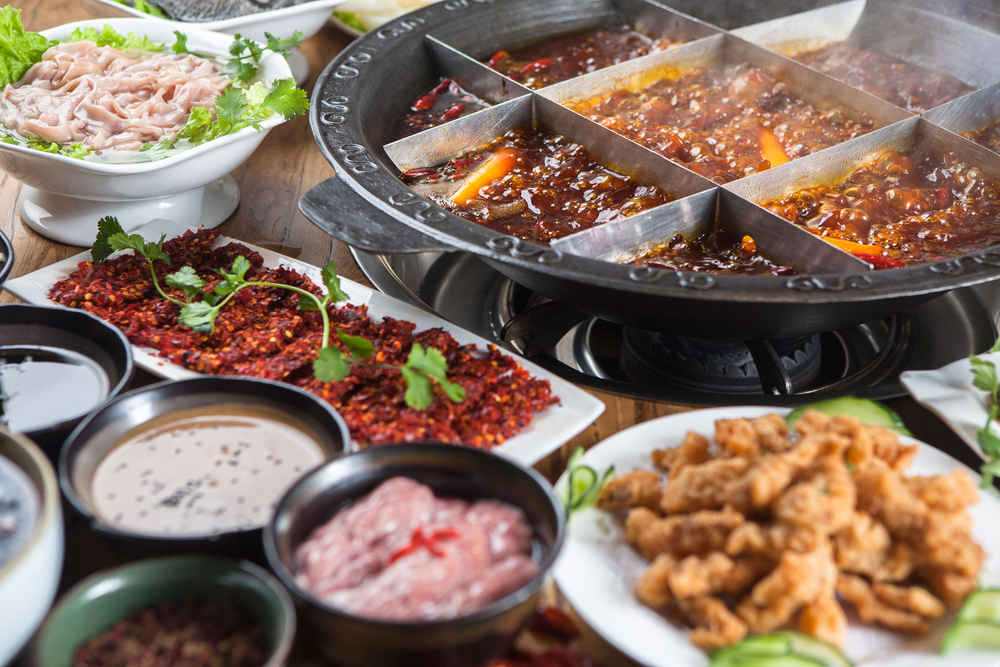 Born by Yangtze River, Sichuan hot pot epitomises all Chinese spicy food, with an impressive combination of ingredients to indulge your tastebuds. Little Lamb on Shaftesbury Avenue is the best place in Chinatown for such experience.

So why has this dish progressed from the metal hats of horsemen to the sharing dish du jour, with restaurants bestowing it on a ravenous public in every city in China? There are numerous reasons. It’s adaptable and versatile (music to a busy cook’s ears). It’s ridiculously comforting and delicious, yet generally healthy. And it’s a sociable, sharing meal to be chowed down on with friends.

To eat, hot pot is placed in the middle of a table alongside plates of raw ingredients that are plunged in the bubbling broth to cook before being dipped in sauces and devoured.

Some words of caution – add root vege first (because they take longer to cook) and starches last (so they don’t clog up the broth). Also, ensure meat and fish is heated all the way, and don’t eat straight from the sizzling pot unless you want a numb tongue. 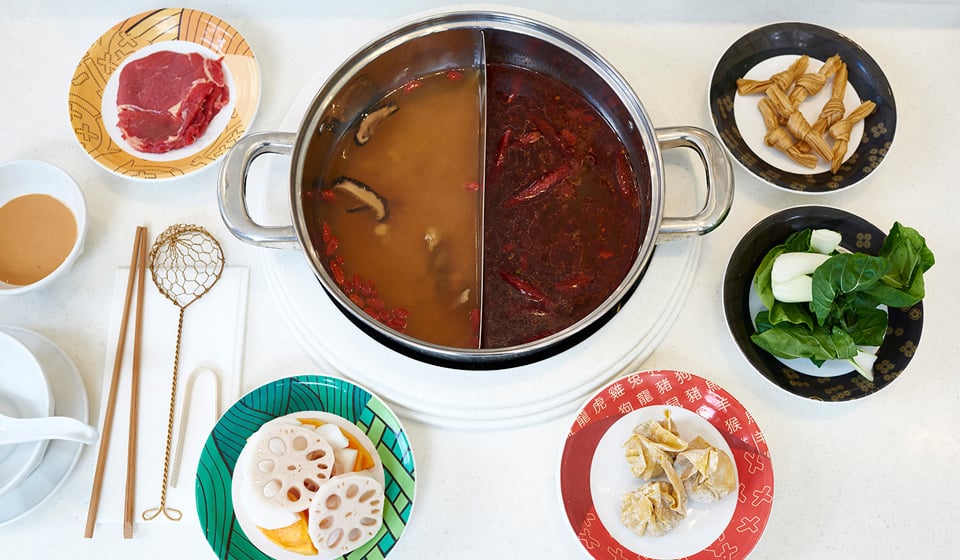 Shuang Shuang, also on Shaftesbury Avenue, is where tradition meets innovation — by taking ingredients from a conveyer belt and eating from your own pot, the eaters can take the full control of their food.

For a more modern experience Shuang Shuang in London’s Chinatown is the place to go – where you’ll get one pot per person. But for the more traditional one pot per table, Little Lamb, also on Shaftesbury Avenue, is ideal.

As always, sharing dishes require consideration of your co-diners. Good hot pot etiquette dictates it’s always sound practice to use different chopsticks and plates for raw and cooked food but, above all, be sure to ask your buddies if they’re cool with double-dipping. Those horsemen would approve.